For the second day in a row, Israeli settlers, backed by soldiers, disrupt school day in a West Bank village 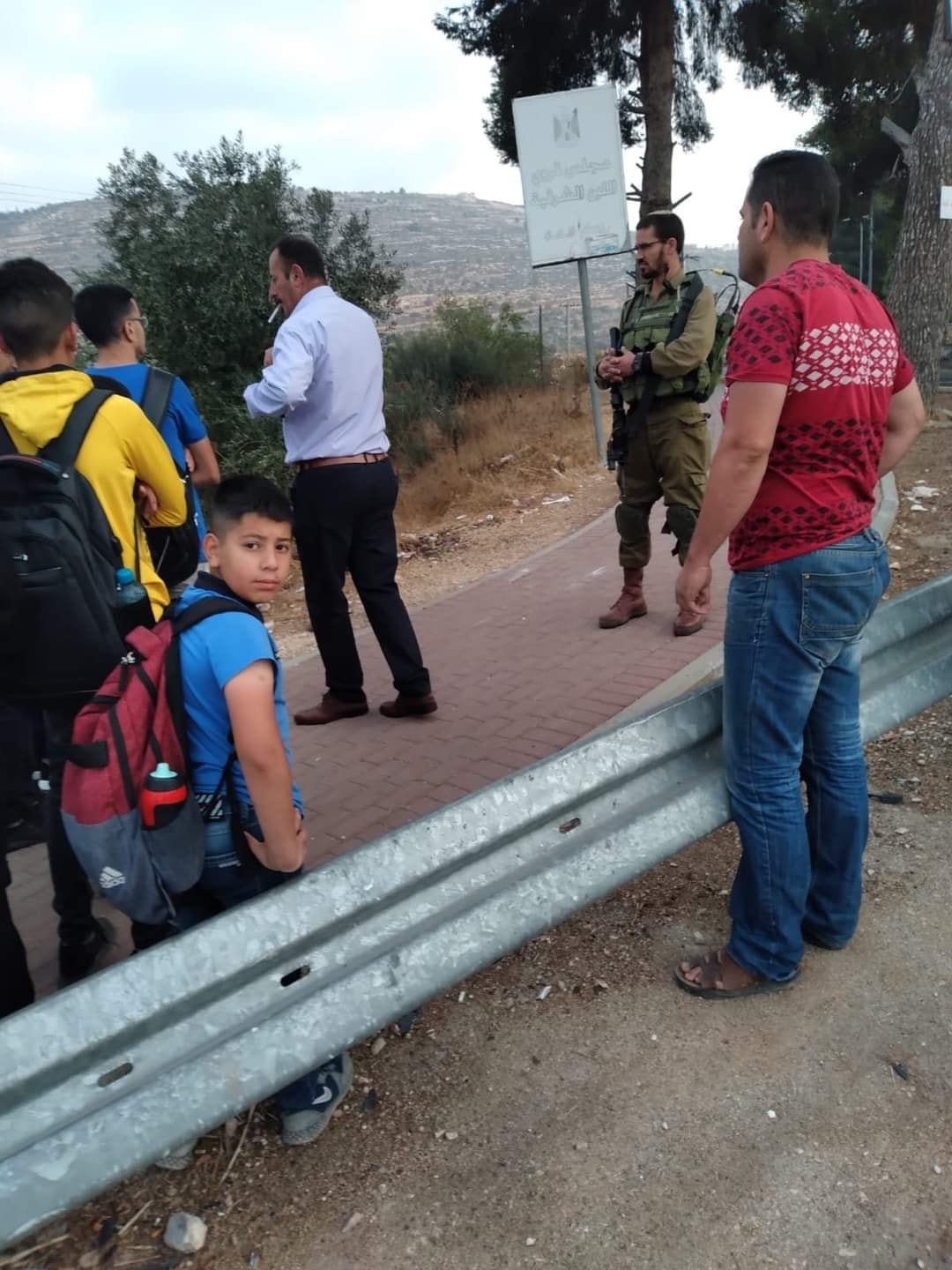 NABLUS, Tuesday, February 22, 2022 (WAFA) – For the second day in a row, Israeli settlers, backed by soldiers, disrupted studies at al-Lubban al-Sharqiya school, south of the northern West Bank city of Nablus, when they prevented students from reaching their school located on the main Ramallah-Nablus road.

According to Yacoub Awais, head of al-Lubban al-Sharqiya village council, the settlers and soldiers intentionally prevented the students from reaching their school in order to disrupt education.

Awais said the settlers and army act provoked confrontations with the residents and students. The soldiers fired tear gas at the protesters causing suffocation cases.