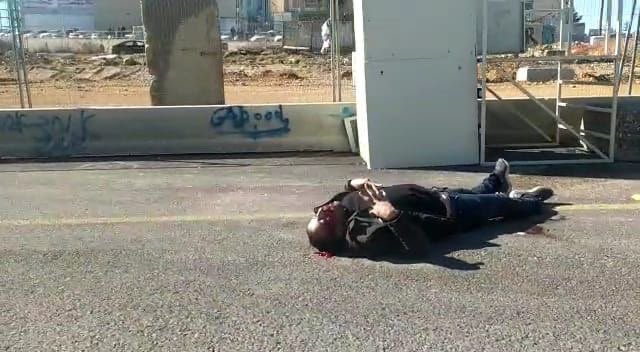 Faleh Jaradat, a resident of the southern Hebron-district town of Sa‘ir, after he was shot by Israeli soldiers.

They said that Israeli forces gunned down Faleh Jaradat, a resident of the southern Hebron-district town of Sa‘ir, at the junction after allegedly attempting to carry out a stabbing attack.

Israeli media claimed that the alleged “assailant” exited a car at the junction and attempted to stab a soldier who shot him before the man reached him.

Such Israeli measures, taken under the guise of security, are intended to entrench Israel’s 53-year-old military occupation of the West Bank and its settler-colonial project which it enforces with routine and frequently deadly violence against Palestinians.