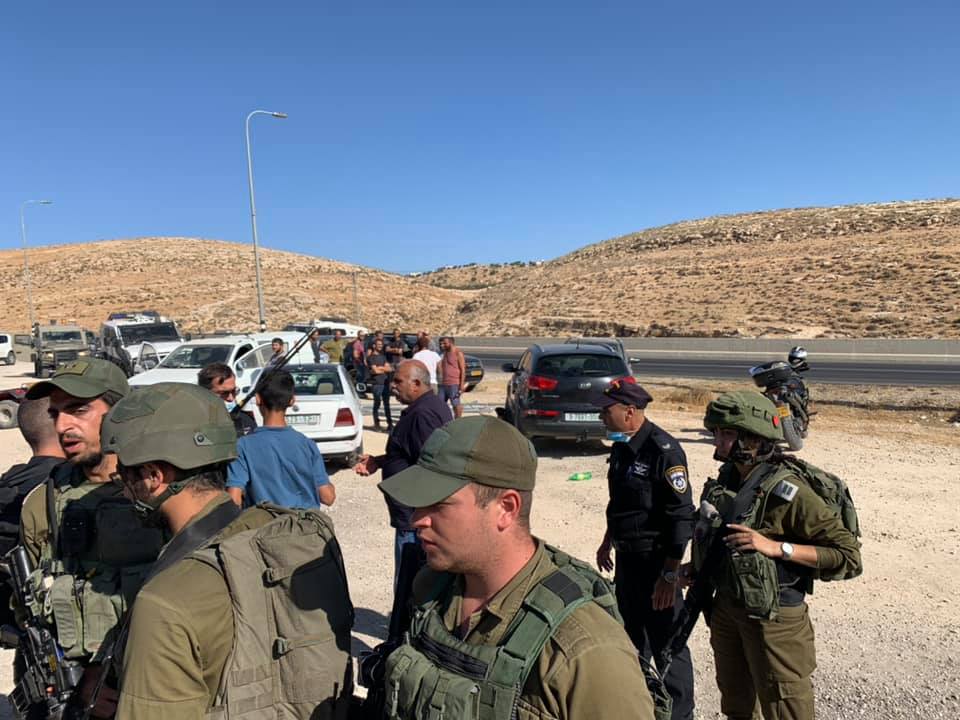 HEBRON, Friday, July 2, 2021 (WAFA) – A Palestinian father and his son today sustained serious injuries in a settlers attack in Masafer Yatta area, south of Hebron, according to a local source.

Coordinator of the Popular Anti-Wall and Settlement Committees in Southern Hebron, Rateb Jbour, said that a group of armed settlers used sticks and stones to attack a number of Palestinians in Maghayer al-Abeed, northeast of Yatta, wounding a 55-year-old father and his 23-year-old son in the head and hand.

The casualties were rushed to a hospital in Hebron city for urgent treatment, where medics described their wounds as serious.

Meanwhile, the Alliance for Human Rights, a group of activists allied to document human rights abuses in Palestine, said that Israeli forces rounded up two Palestinians, including a lawyer, from al-Rakeez village of Masafer Yatta.

The detainees had joined a group of activists who helped remove two tents set up by settlers from Avigal colonial outpost as a means to take over Palestinian land in the area to expand the colony.