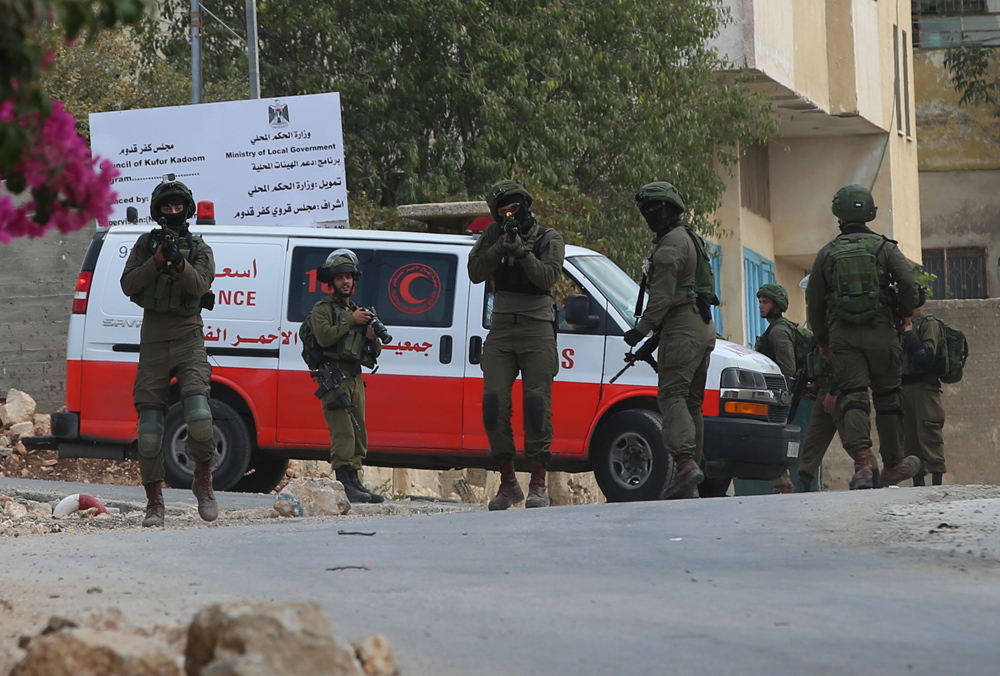 RAMALLAH, Friday, April 30, 2021 (WAFA) – At least six Palestinians were injured by Israeli gunfire today during protests and subsequent clashes with the Israeli occupation forces in the villages of Beit Dajan and Kafr Qaddum in the occupied West Bank, according to witnesses.

In Beit Dajan village, east of Nablus city, Israeli occupation soldiers fired live bullets, rubber-coated steel rounds and stun grenades at Palestinian protesters, injuring four of them, including one by live shots, and causing many cases of suffocation from gas inhalation.

The protesters were holding a weekly demonstration against the colonial Israeli settlement activities and Israel's ongoing theft of Palestinian land. The wounded were treated at the scene of the clashes by local medics.

In the meantime, at least two Palestinians were injured by the Israeli occupation forces during the weekly protest against Israeli settlement construction, which takes place every week in the village of Kafr Qaddum in the northern West Bank.

Israeli soldiers attacked the protesters by rubber-coated rounds and teargas, injuring  two people in the thigh bone and foot respectively and causing many cases of suffocation from gas inhalation. All of the wounded were treated at the scene.

For years, villagers from Kafr Qaddum and neighboring villages have been protesting every Friday against illegal Israeli settlements, and to call on Israeli authorities to reopen the village’s main road, which has been sealed off by the occupation authorities since 2002.