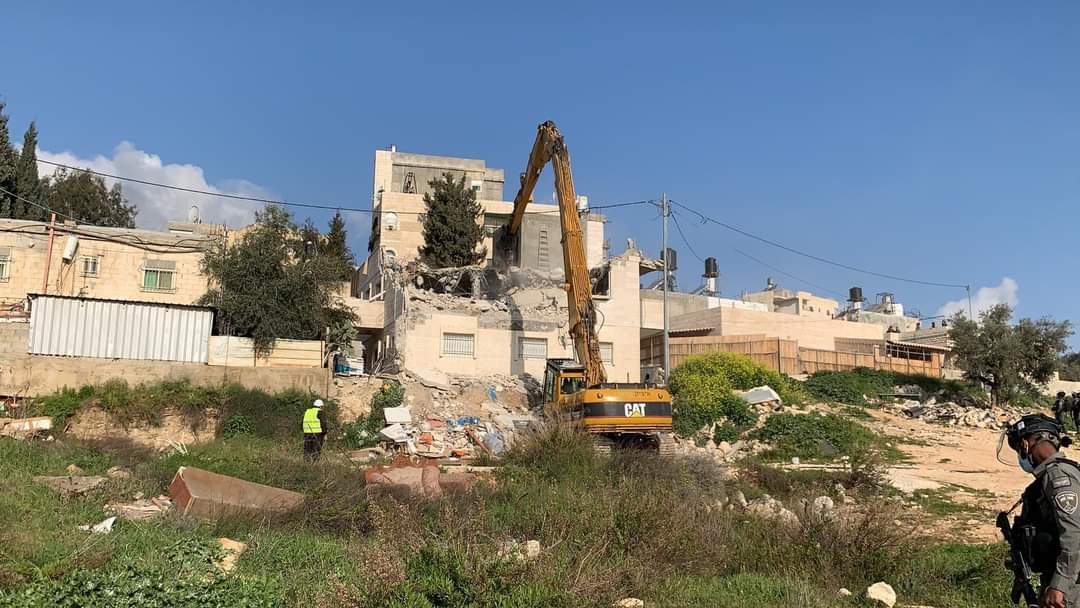 Israeli demolition of a Palestinian building in East Jerusalem.

JERUSALEM, Monday, March 1, 2021 (WAFA) – The Israeli municipality of West Jerusalem today demolished a two-story house owned by Hatem Abu Mayaleh in the East Jerusalem neighborhood of Isawiyya, according to a local activist. This is the fourth time the Abu Mayaleh house is being demolished for construction without a permit.

Mohammad Abu al-Humus, head of the Isawiyya Residents’ Follow Up Committee, told WAFA that a large Israeli occupation force cordoned off the area where the house is located as a bulldozer proceeded to tear down the Abu Mayaleh building.

The owner of the house suffers from paraplegia paralysis caused in 2009 when he fell and broke his spine during one of the times the municipality was demolishing his house.