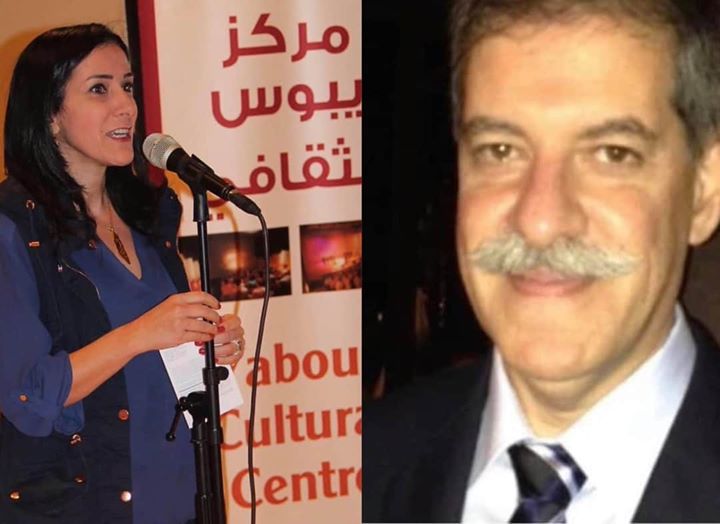 JERUSALEM, Tuesday, July 28, 2020 (WAFA) - Yabous Cultural Centre and the Jerusalem Society for Music Education (the National Conservatory of Music) today called on human rights organization, UNESCO and the European Union to strongly denounce Israeli police raid of their premises in occupied East Jerusalem last week and to support the right of these and other Palestinian organizations and scholars in the city to function freely without Israeli interference.

A squad of Israeli police and income tax personnel raided last Wednesday morning the home of the director of the Jerusalem Society for Music Education, Suhail Khoury, and his wife Rania Elias, the director of Yabous Cultural Center.

Their children were held in one room while the police searched their bedroom and confiscated their passports, documents, computers, phones, and car after which they led Rania to the Yabous Center and Suhail to the interrogation center in Jabal Abu Ghneim.

Concurrently a squad of Israeli police and income tax personnel raided the Conservatory and Yabous premises and the home of Daoud al Ghoul, the ex-director of Shafaq- a network of cultural organizations in Jerusalem, where they confiscated documents, files, computers, and CCTV equipment. Rania was then taken to the interrogation center at Abu Ghneim where she and Suhail remained under interrogation until the evening after which they were released on bail. Al-Ghoul was detained.

"The Boards of the two organizations denounce the police statement on Wednesday 22/7/2020 which falsely charges the two directors and attempts to blemish the reputation of those two outstanding cultural organizations which are overseen by reputed volunteers, executive boards and are manned by capable directors and staff members," said a statement by the two Palestinian cultural organizations. "The integrity and commitment of the directors and staff members to the mission of promoting culture and offering the public productions of high quality for decades, have earned them the confidence of the community."

The statement said the boards also "denounce the confiscation of documents and computers and the manner in which the home of the Khoury's was raided which terrorized their children."

Both cultural organizations refuted all the Israeli charges and allegations, carried under the pretext of an “Experiment” according to the statement of the Israeli Ministry of Justice, especially since their financial accounts are audited by the renowned international auditing firms PricewaterhouseCoopers PwC and Deloitte.

"Both Yabous and the National Conservatory of Music call on all human rights organizations and UNESCO as well as the European Union and representatives of consulates and diplomats to support these organizations in Jerusalem and to hold to account the occupying forces for their daily violations of the rights of the Palestinians and their organizations and to stop all attacks on scholars, artists and musicians and those involved in the cultural life," said the statement.

Yabous Cultural Center is considered the main and the largest in the city that holds cultural events and artistic activities including music, dance, theater, poetry and literature as well as cinema, and serves various age groups and mainly youth.

The National Conservatory of Music is a prominent music school that teaches classical music to children and organizes concerts around the year. The school manages choirs, music ensembles and orchestras.