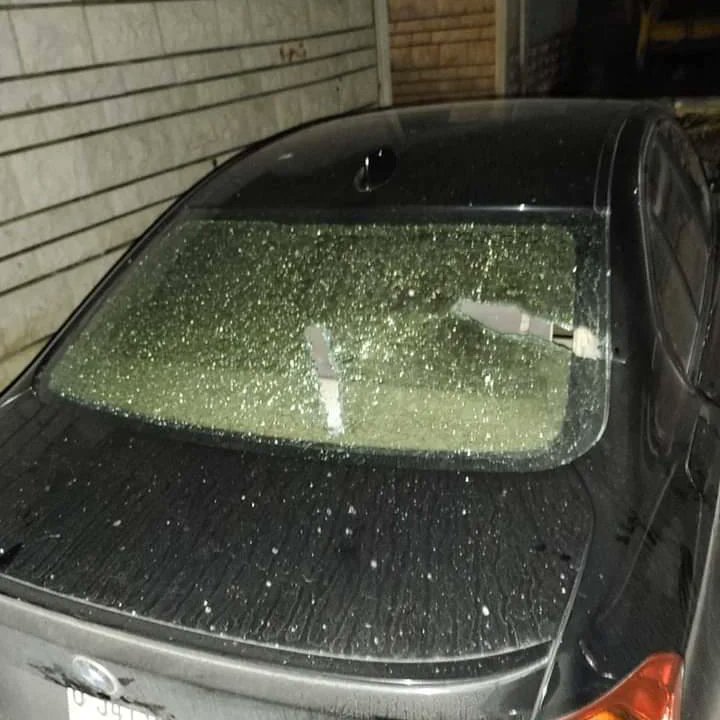 RAMALLAH, Wednesday, March 30, 2022 (WAFA) – Dozens of Palestinian vehicles were vandalized in a fresh spike of Israeli settler attacks across the West Bank, according to local and security sources.

In the northern West Bank, a group of settlers stoned Palestinian vehicles traveling near the entrance of Rameen village, north of Tulkarm, causing damages to a taxi with passengers in it.

In Nablus district, settlers congregated at main traffic junctions near Burin and Burqa villages, southwest and northwest of the city, and hurled stones at Palestinian vehicles, causing damages to some of them, as confirmed by Ghassan Daghlas, who monitors colonial settlement activities in the northern West Bank.

Settlers also attacked a Palestinian home and spray-painted anti-Palestinian hate graffiti on its walls in Asira al-Qibliya, south of the city.

Similar attacks were reported at Zaatara military checkpoint, south of the city, as well as near the village of Deir Sharaf.

In Salfit district, settlers sneaked their way into Marda village, north of the city, and vandalized a number of the villagers’ vehicles, smashing their windshields.

In Ramallah district, the sources confirmed similar attacks near Sinjil town, north of the city, as well as at the northern entrance of al-Bireh city.

In Jerusalem, a settler ran over a youth from Silwan neighborhood on Tuesday evening, before he fled the scene. The casualty was transferred to a hospital for treatment.

Raging settlers also pelted vehicles of the Palestinian residents of al-Tur neighborhood with stones, causing damage to them.

In the southern West Bank, Palestinian vehicles came under similar attacks by far-right settlers, west and south of Hebron, resulting in the smashing of their windshields.

The assailants came from a number of colonial settlements, including the Kiryat Arba‘.

Settlers, under military protection, sealed off the main traffic artery which connects the town of Ithna to the city, intercepted and stoned vehicles.