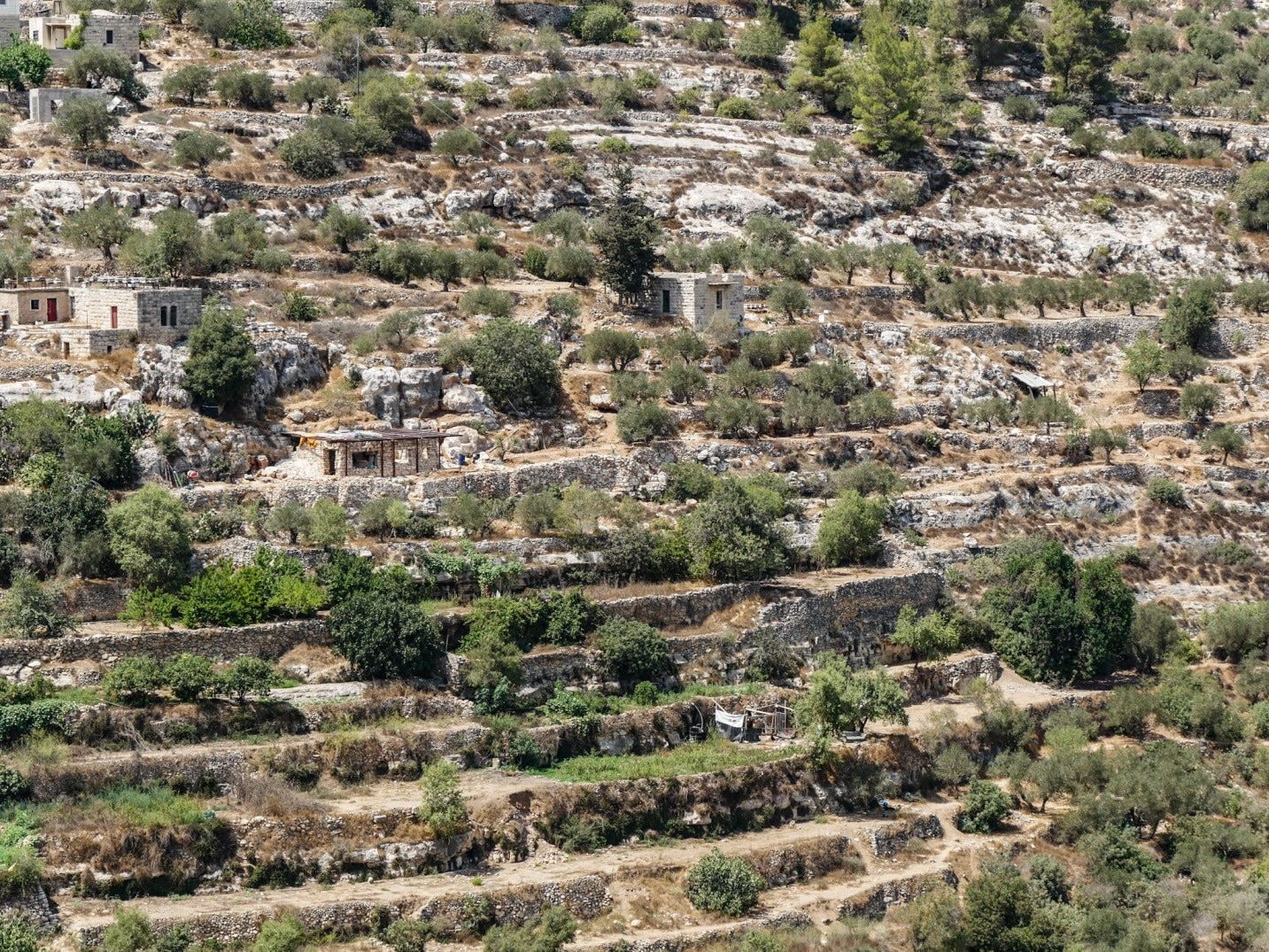 The historic town of Battir.

BETHLEHEM, Tuesday, March 15, 2022 (WAFA) – Palestinian activists and residents succeeded today in kicking out Israeli settlers who attempted last week to steal land in the historic town of Battir, west of the southern West Bank city of Bethlehem, according to Ghassan Eliyan, one of the activists.

He told WAFA that activists and landowners held a relentless vigil at the 23-dunum plot since the settlers attempt to steal it and succeeded in kicking them out of the land.

The settlers dismantled a 40-meter long by 10-meter wide tent and water tanks they had placed on the land in an attempt to take it over and left the area along with their cattle.