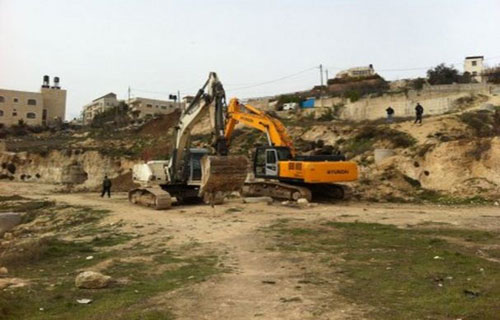 BETHLEHEM, Monday, March 14, 2022 (WAFA) – The Israeli military government informed a Palestinian resident of the village of Kisan, east of the southern West Bank city of Bethlehem, of its intention to demolish his home under the pretext it was built without a permit, according to a local official.

The army had demolished two houses of the same family two years ago.

Getting an Israeli-army issued building permit in Area C of the occupied West Bank, where the house is found, is an impossible task as Israel attempts to keep Area C, which makes up over 60 percent of the area of the West Bank, empty of Palestinians while it uses the occupied land to build illegal settlements, whether for residence, agriculture or industry in clear violation of international law.