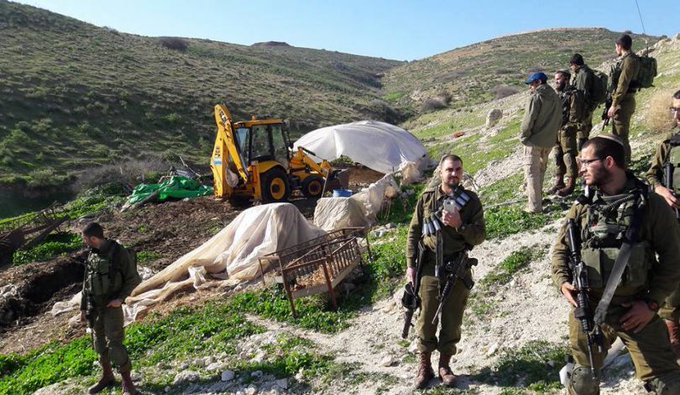 They also handed other villagers orders to tear down another water well with a capacity of 1,000 cubic meter,  a 40-square-meter residential caravan in addition to an agricultural warehouse.

In contrast, Israel much more easily gives over 700,000 Jewish Israeli settlers there building permits and provides them with roads, electricity, water and sewage systems that remain inaccessible to many neighboring Palestinians.