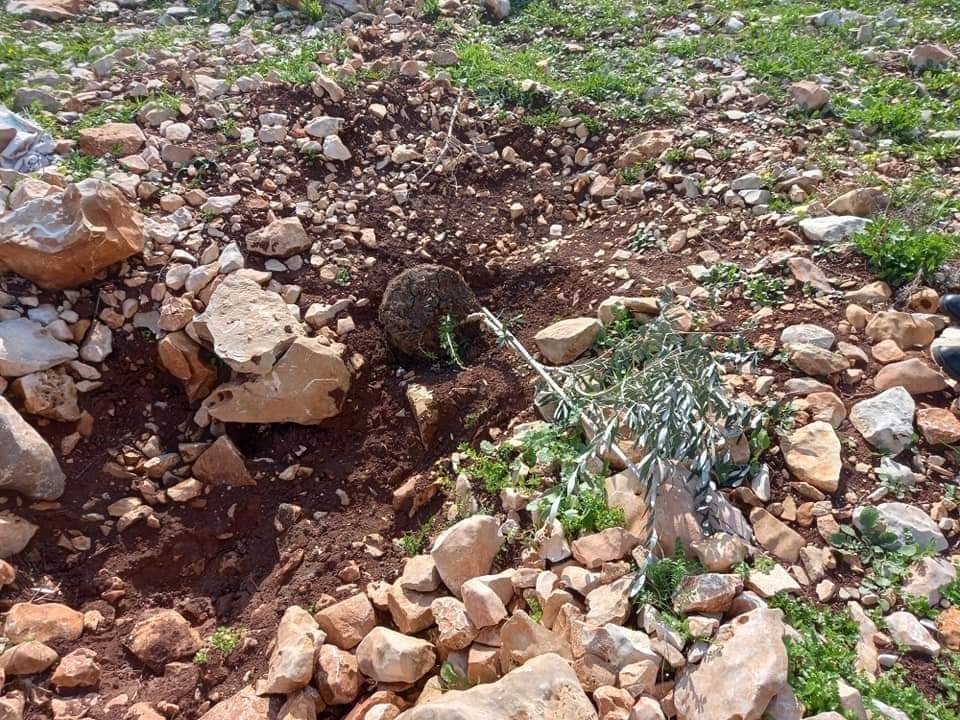 SALFIT, Wednesday, February 9, 2022 (WAFA) – Israeli settlers today uprooted around 60 recently planted olive tree saplings in an area west of the northern West Bank city of Salfit, according to the owner of the trees, Fayez Abdul Dayem.

He said he just planted these saplings, each between 3 to 5 years old, in his land to replace 250 other olive trees the army has uprooted from his land three months ago.

Abdul Dayem also said that the settlers vandalized a room he had built in his land where he would stay while working on the land breaking windows and doors.