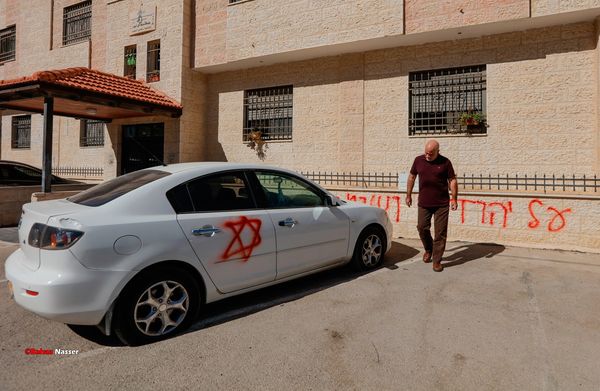 They told WAFA that a group of settlers punctured the tires of three vehicles and spray-painted hate graffiti on them after sneaking their way into the industrial zone in the city, close to Ramallah.

The vehicles were daubed with the Hebrew phrase “price tag” — a slogan used by an underground anti-Palestinian Israeli group that routinely attacks Palestinians in the occupied territories and inside Israel.

Following the settler act of vandalism, Israeli forces stormed and cordoned off the area as soldiers occupied the rooftops of several houses.

There are over 700,00 Israeli settlers living in colonial settlements in the West Bank and East Jerusalem.