Israeli soldiers attack Palestinian olive harvesters in a village near Nablus, force them to leave their lands 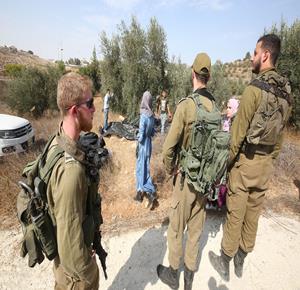 NABLUS, Saturday, November 6, 2021 (WAFA) – Israeli soldiers today attacked Palestinian olive harvesters in the village of Qaryout, south of the northern West Bank city of Nablus, and forced them to end the harvest and leave their lands, according to witnesses.

They said the soldiers held the farmers, seized the equipment they were using in the harvest, and trashed their harvest before forcing them at gunpoint to stop the harvest and leave their lands.