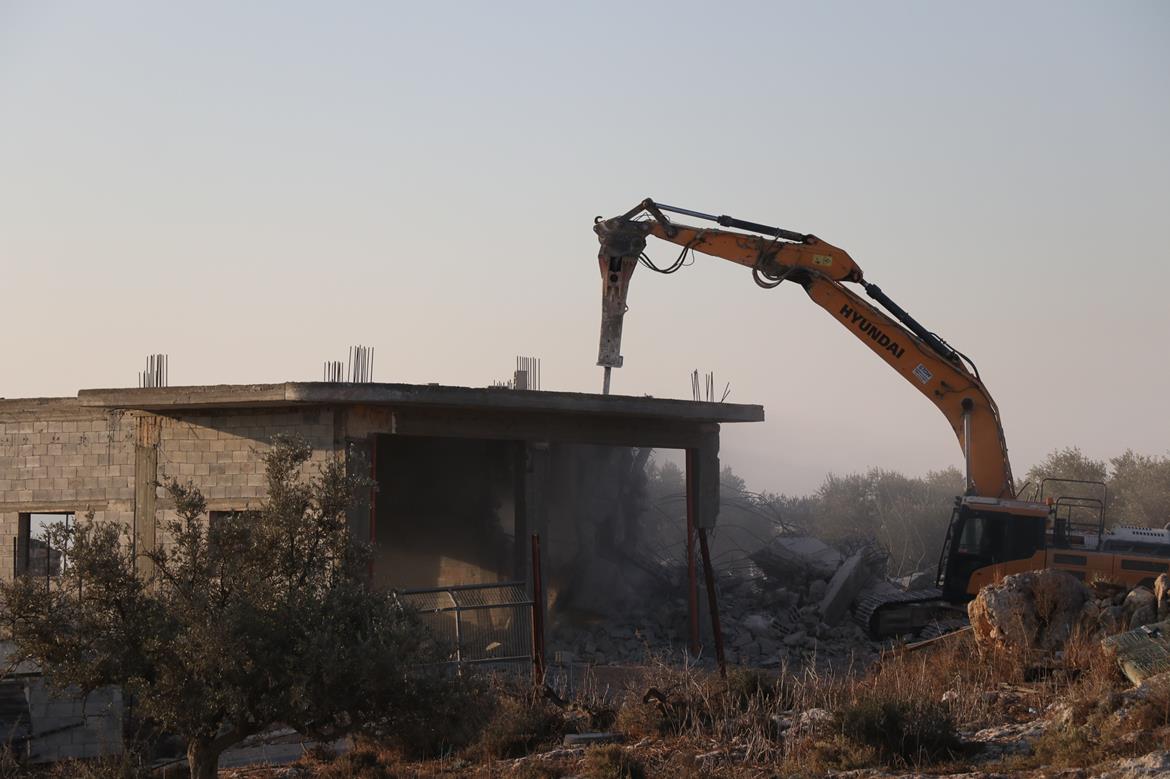 RAMALLAH, Tuesday, October 26, 2021 (WAFA) – The Israeli occupation authorities today demolished four structures that were still in the construction stage in Deir Qaddis village, west of Ramallah, under the pretext they were being built without a permit, according to local sources.

They told WAFA that soldiers demolished the four structures owned by a local resident and located near the fence of an illegal Israeli settlement.

Israel in May informed 10 house owners in Deir Qaddis and nearby Nilin of its intention to demolish their homes despite the fact that the owners have Palestinian building licenses.