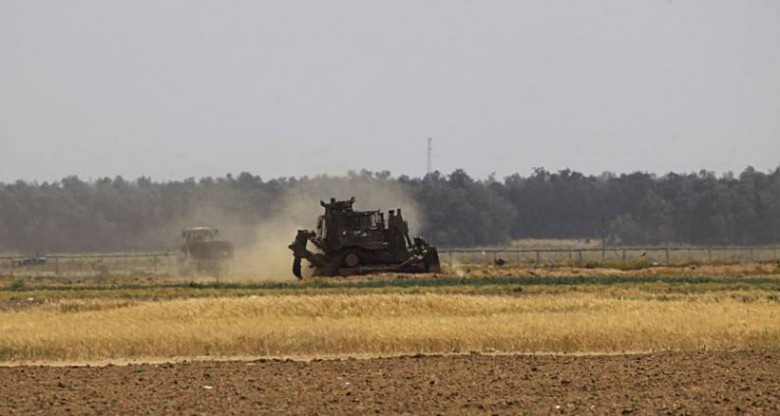 He said that the Israeli military vehicles advanced several dozens of meters to the east of the southern Gaza Strip town of al-Fukhari, and leveled a large tract of farmland.

The military tanks opened intermittent gunfire, under the cover of drones, forcing the farmers to leave their plots of land fearing for their lives.