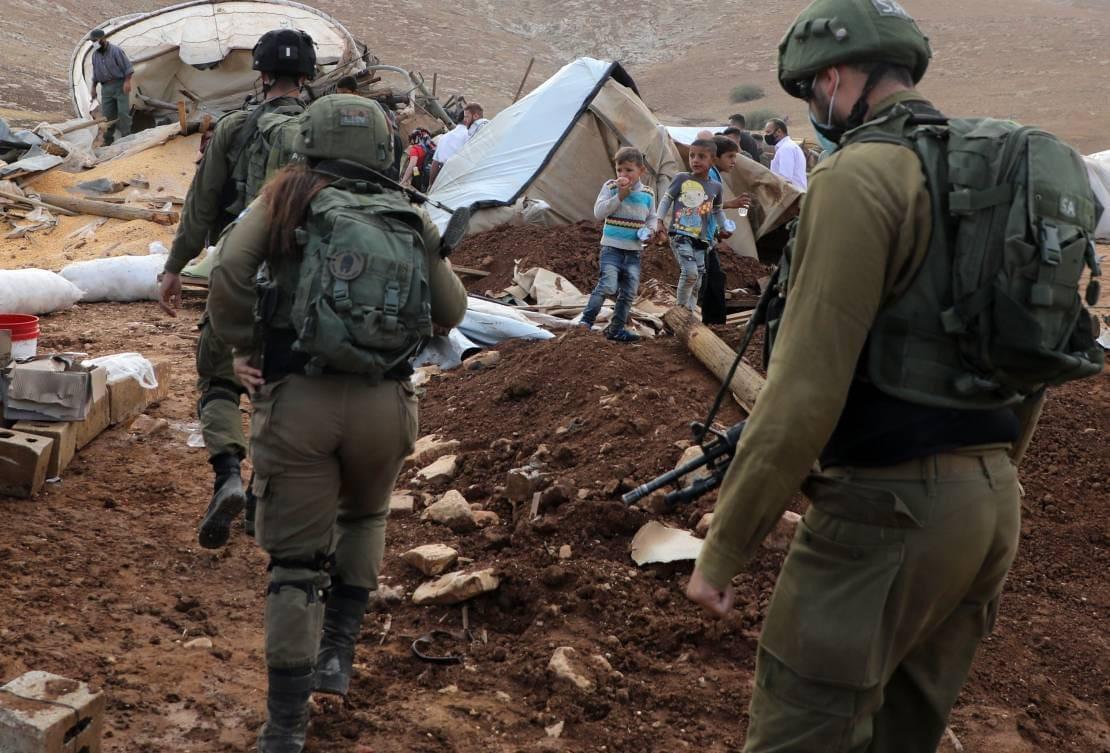 JORDAN VALLEY, Monday, April 5, 2021 (WAFA) – Israeli occupation forces today stormed the northern Jordan Valley community of Humsa al-Fouqa, southeast of Tubas, and took pictures of the residents’ tents, which is usually a prelude to a demolition raid, according to a local activist.

Mutaz Bisharat, who monitors Israeli colonial settlement activities in Tubas governorate, said staff of the so-called Israeli Civil Administration, an arm of the military government, broke into the community, demolished five times in recent weeks and then rebuilt, and took pictures of all the new tents set up by the residents to shelter them.

The Humsa Bedouin community was erased five times in the last few weeks in an effort by Israel to remove the small community from that area. However, after every demolition, residents and activists, with international assistance, rebuilt the community.

Prime Minister Mohammad Shtayyeh, during a visit to the community, described the demolitions and targeting of its residents as an “organized state terrorism which involves ethnic cleansing of the indigenous population.”

The Jordan Valley, which is a fertile strip of land running west along the Jordan River, is home to about 65,000 Palestinians and makes up approximately 30% of the area of the occupied West Bank.

Since 1967, when the Israeli army occupied the West Bank, Israel has transferred at least 11,000 of its Jewish citizens to the Jordan Valley in violation of international law.

The Israel military has also designated about 46 percent of the Jordan Valley as a closed military zone since the beginning of the occupation in June 1967 and has been utilizing the pretext of military drills to forcefully displace Palestinian families living there as part of a policy of ethnic cleansing and stifling Palestinian development in the area.

Death toll from Israeli ongoing onslaught on Gaza rises to 212

Clashes break out in central Hebron

Leadership calls for US pressure on Israel t ...

20 of the victims killed in Gaza are student ...

Quartet calls for compliance with humanitari ...