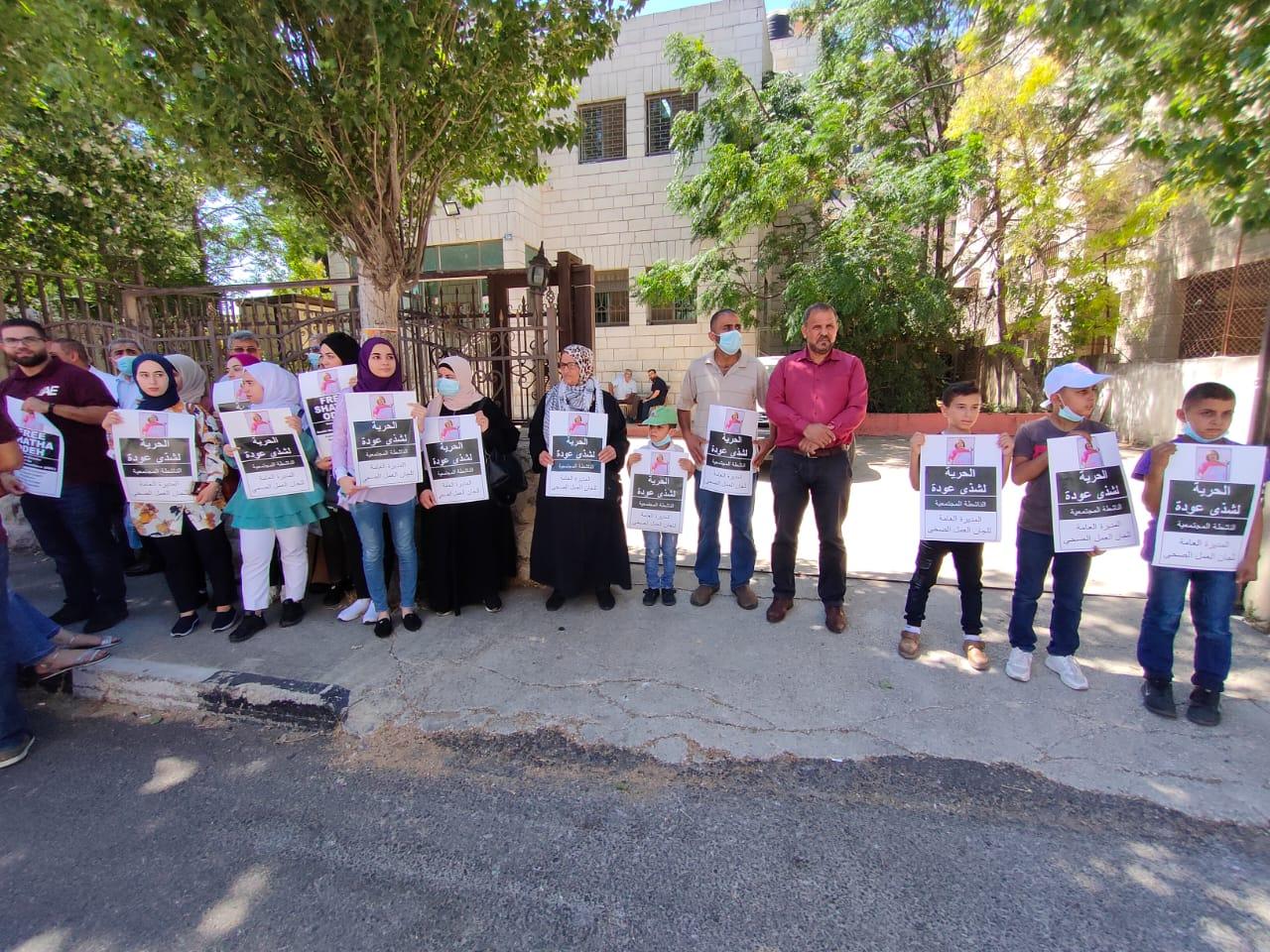 Palestinians organized a sit-in in front of the International Committee of the Red Cross (ICRC) premises in the city in protest of the ongoing detention by Israeli occupation authorities of the General Manager of the Health Work Committees (HWC), Shatha Odeh.

Odeh was detained in a predawn Israeli military raid in the Ramallah city neighborhood of Ein Misbah on Wednesday, July 7. Her vehicle was seized during the raid.

Weeks earlier, the occupation forces ransacked HWC office, confiscated its properties and documents, and forcibly shut the premises for six months. The closure was widely condemned, including by Amnesty International, which highlighted the "catastrophic consequences for the health needs of Palestinians across the Occupied Palestinian Territories (OPT)."

However, and in defiance of the Israeli military decision to close HWC for six months despite its location in an area under full Palestinian control, Palestinian health officials, workers, and activists broke the Israeli seal and reopened the office on June 17.

Odeh’s daughter, Sireen Abu Fanouneh, who participated in the sit-in, said that her mother suffers from health problems and is denied medication, clothes, and a lawyer’s visit while in detention.

Odeh is transferred from Hasharon Prison to the Israeli notorious detention facility of Ofer, west of Ramallah, for interrogation on a daily basis, which further exacerbates her health condition, Abu Fanouneh added, while noting that her mother is detained for her role in HWC, one of the most important Palestinian non-profit health care providers to the most vulnerable communities in Area C of the occupied West Bank.

Meanwhile, the head of HWC board, Ali Hassouneh, slammed Odeh’s detention as purely politically motivated and part of an organized criminalization campaign against the Palestinian society in general, and the Palestinian civil society in particular.

Hassouneh was joined by a chorus of other people who values Odeh’s role as a well respected civil society leader at the forefront of the struggle for health and social justice both locally and internationally, particularly that she serves as the chairperson of the Palestinian NGO Network (PNGO) and a member of the Global Steering Council of the People’s Health Movement.