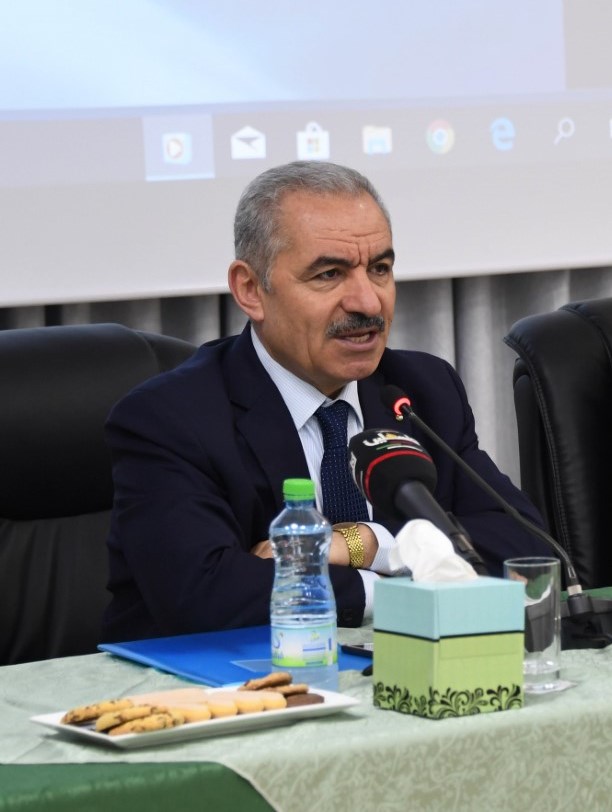 Speaking at the start of the weekly Palestinian cabinet meeting held in Ramallah, Shtayyeh stressed that the landing of an Israel plane in Abu Dhabi violates the Arab consensus on refusing to normalize relations with Israel before ending its occupation of Palestine.

"It is very painful to see today the landing of an Israeli plane in the United Arab Emirates in a clear violation of the Arab stance on the Arab-Israeli conflict,” he said.

“We would have very much liked to see a UAE flight land in Jerusalem after it is liberated. But we live in a difficult Arab era,” he added.

The UAE and Israel decided two weeks ago to normalize relations, which the Palestinians and other Arabs saw as a betrayal of the Saudi-sponsored Arab Peace Initiative that bars the Arab and Muslim countries from normalizing relations with Israel before a Palestinian state is established.

Shtayyeh thanked the Arab states that have stood against normalization with Israel and stuck to the Arab Peace Initiative.

He also said that a ministerial delegation is going to go to the Gaza Strip on Friday to discuss its needs in fighting the coronavirus pandemic, which has started recently to spread at an alarming level.

According to the Ministry of Health, 99 new coronavirus cases and one death were confirmed in the Gaza Strip in the last 24 hours.