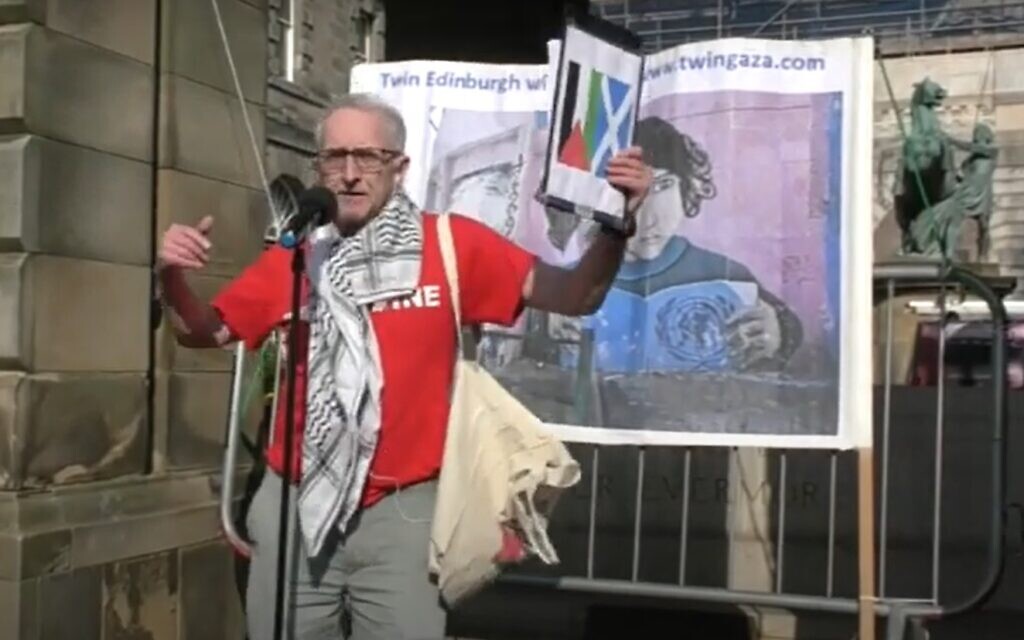 EDINBURGH, Thursday, June 23, 2022 (WAFA) - The office of the Scottish Information Commissioner declared yesterday that it would be investigating the City of Edinburgh Council over its failure to adhere to Freedom of Information (FOI) Legislation on matters pertaining to the Council’s Gaza twinning petition.

The petitioner, Labor Party activist and trade unionist Pete Gregson, had submitted an FOI request on 31st March asking why his petition on the twinning with Gaza had been deleted from the Council website and why the original hearing of June 2020 had been canceled without explanation.

Gregson said that the UK Lawyers for Israel told the Council that the City Councilors faced prosecution by anti-Terrorism legislation if they supported twinning. “Since Gaza City is ruled by Hamas, which is proscribed in its entirety under the Terrorism Act 2000, it seems inevitable that Councilors or Officer who participate in twinning activities would commit criminal offenses”, said the UK Lawyers for Israel.

With the Council giving unsatisfactory answers to Gregson’s FOI questions, he asked for an Internal Review. After the Council’s failure to respond after the 20-day period assigned by law, Gregson reported them to the Scottish Information Commissioner, which declared that it would be investigating the issue.