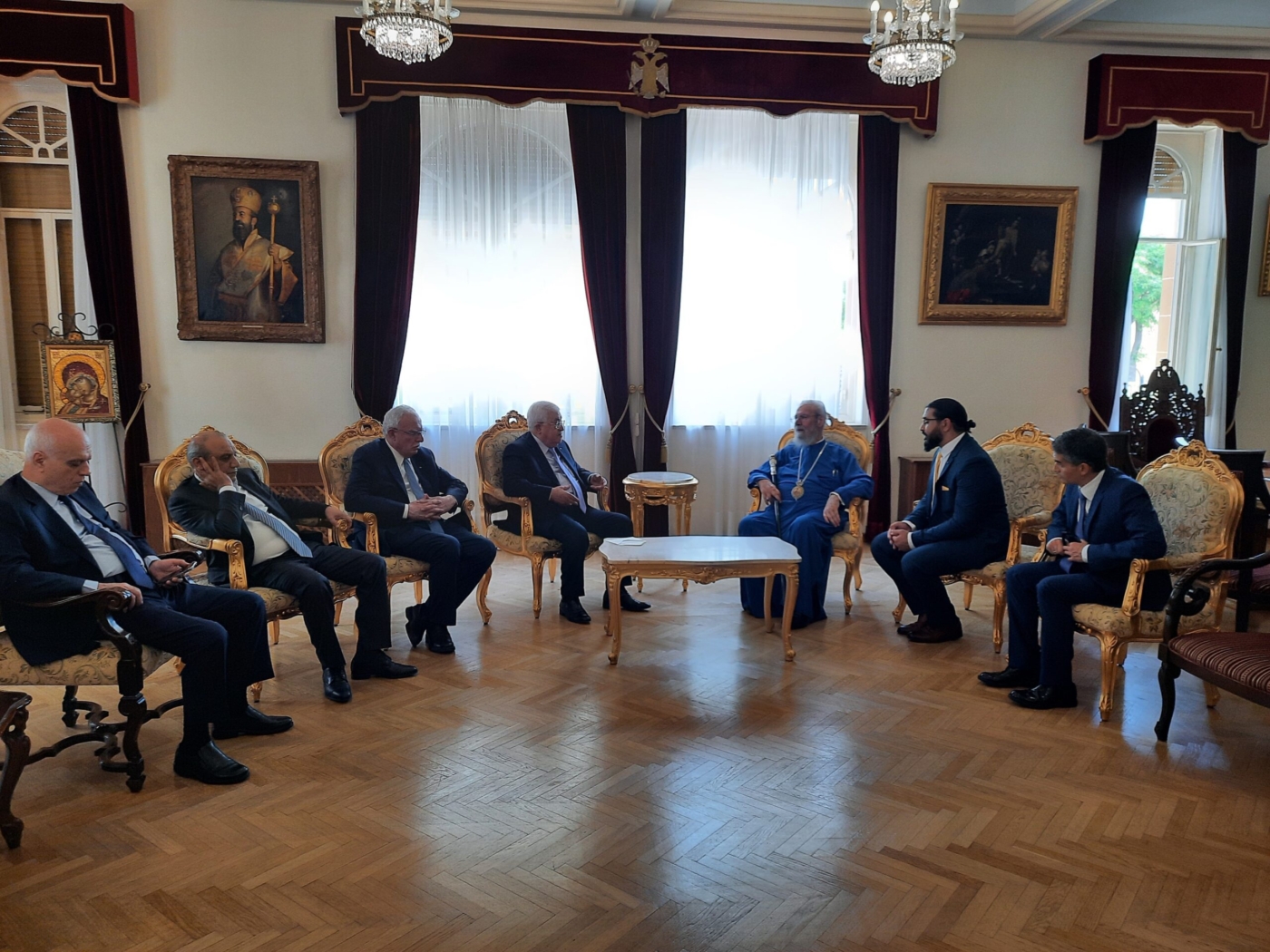 President Abbas briefed Chrysostomos II on the latest developments in the Palestinian arena and the ongoing Israeli violations against the Palestinian people and holy sites, with particular focus on intrusions against Al-Aqsa Mosque compound and the Church of the Holy Sepulcher in Jerusalem.

As part of such Israeli violations, President Abbas made special mention of the restrictions imposed by Israeli police on the number of Christians who were allowed entry to the Church of the Holy Sepulcher on the Holy Light Saturday in April and the recent act of trespassing by Israeli Jewish settler radicals into the Greek Garden on Mt Zion in Jerusalem, property of the Greek Orthodox Patriarchate of Jerusalem.

Ahead of President Abbas’ visit, an agreement was reached with the supreme hierarch of the Greek Orthodox Church of Cyprus on allocating a plot of land for the Embassy of the State of Palestine for the construction of its premises.