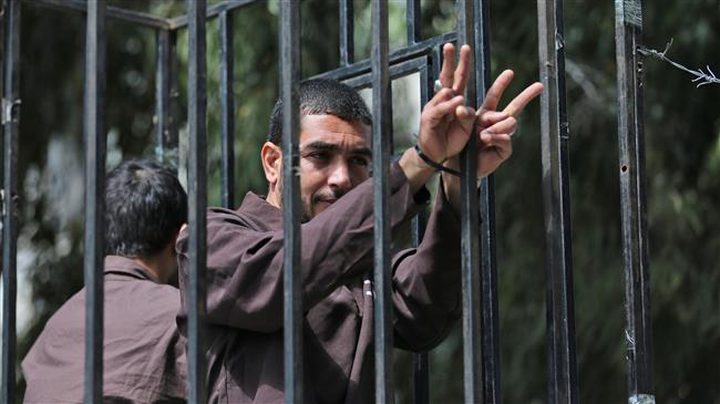 RAMALLAH, Sunday, March 13, 2022 (WAFA) – More than 450 Palestinian detainees have been refusing to show up for their military court hearings for 72 days in protest of their unfair detention without charge or trial under Israel’s controversial administrative detention policy.

The boycott includes hearings for the renewal of administrative detention orders as well as appeal hearings and later sessions at Israel’s Supreme Court.

Palestinian detainees say their action is a continuation of longstanding Palestinian efforts "to put an end to the unjust administrative detention practiced against our people by the occupation forces."

Under administrative detention, Israel keeps Palestinians without charge for up to six months, a period which can be extended for an indefinite number of times. Women and minors are also among those detainees. The detention takes place on orders from a military commander and on the basis of what the Israeli regime describes as ‘secret’ evidence. Some prisoners have been held in administrative detention for up to 11 years.

Palestinians and human rights groups say the administrative detention violates the right to due process since evidence is withheld from prisoners while they are held for lengthy periods without being charged, tried, or convicted.

Palestinian detainees have continuously resorted to open-ended hunger strikes in an attempt to express their outrage at the detention. They have also been subjected to systematic torture, harassment and repression all through the years of Israel’s occupation of the Palestinian territories.

More than 4,500 Palestinian prisoners are currently held in about 17 Israeli jails. Over 450 detainees, including women and minors, are under the administrative detention. Rights groups describe Israel’s use of the detention as a “bankrupt tactic” and have long called on Israel to end its use.