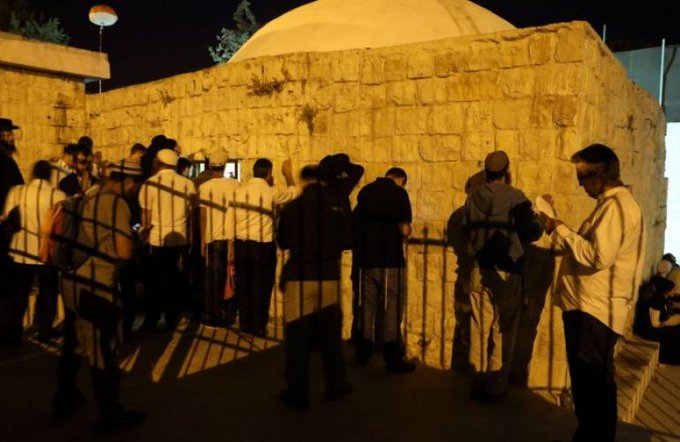 A sizable Israeli force, comprising dozens of military vehicles and a bulldozer, escorted two buses packed with fanatic Jewish settlers into the site, located in the Palestinian-controlled area, sparking confrontations with Palestinian residents.

Soldiers opened fire on Palestinians protesting the raid and attempting to block settlers’ access to the site. No injuries were reported though.

The site of Joseph’s Tomb is contentious. Palestinians believe the site to be the funerary monument to Sheikh Yousef Dweikat, a local religious figure, while Israeli settlers believe it to belong to the Biblical Patriarch Joseph.

Israel  uses the Jewish nationalist name “Judea and Samaria” to refer to the occupied West Bank to reinforce its bogus claims to the territory and to give them a veneer of historical and religious legitimacy.