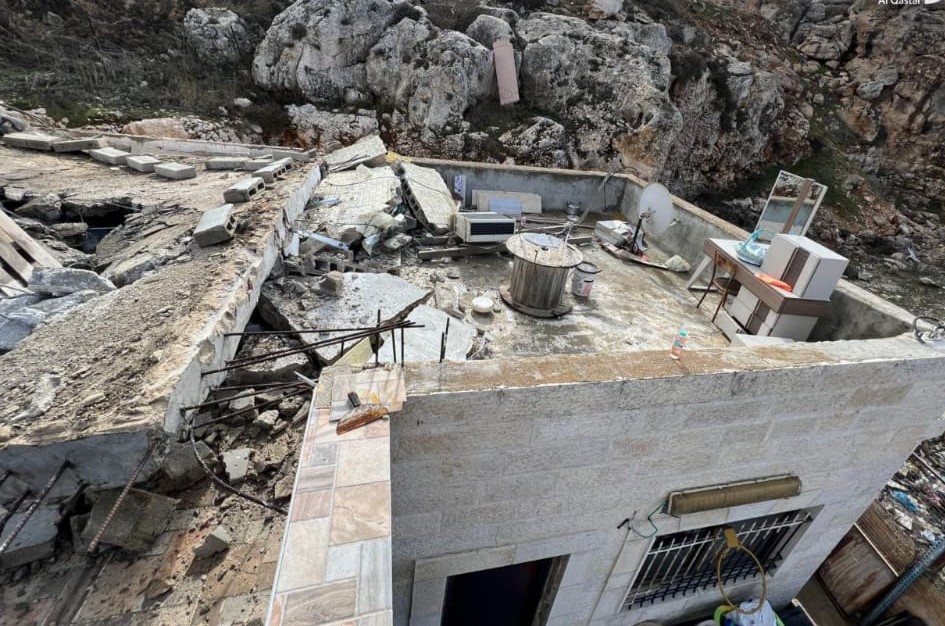 Demolition of the top part of a building in Beit Hanina neighborhood in East Jerusalem.

JERUSALEM, Tuesday, January 4, 2022 (WAFA) – The Israeli municipality of West Jerusalem today demolished sections of two Palestinian-owned buildings in the occupied eastern part of the city, one of them a health center, under the pretext of construction without a permit, reported WAFA correspondent.

She said that municipality bulldozers proceeded to demolish the health center in Jabal al-Mukabber neighborhood after the police have cordoned off the area.

According to Ghassan Jalajel, director of the health center, the demolition was unexpected and involved only half of the area of the center, or about 80 square meters, despite the fact that an appeal was submitted to the Israeli courts against the demolition order.

He said the municipality did not wait to hear the court’s response to the appeal and sent it crews without notice to demolish a section of it.

The center, said Jalajel, serves more than 20,000 people who live in Jabal al-Mukabber.

Meanwhile, in the northern Jerusalem neighborhood of Beit Hanina, a municipality bulldozer proceeded this morning to demolish a Palestinian-owned residential building, also under the pretext of construction without order.

However, after demolishing the top part of the two-story building, the municipality called off the demolition after the owners of the building were able to obtain a court injunction stopping the demolition.