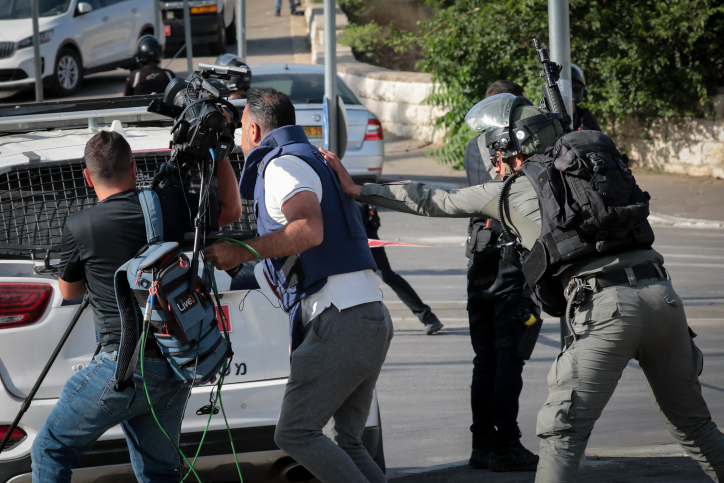 RAMALLAH, Saturday, January 01, 2022 (WAFA) – The Palestinian News and Information Agency (WAFA) said in a report today that a total of 384 Israeli violations against journalists working in the occupied Palestinian Territory were registered in 2021.

WAFA said Israeli violations against journalists included attacking journalists with live and metal bullets, firing tear gas, and beating and arresting journalists. It pointed out that such attacks aim to hide the truth and keep the daily Israeli crimes against defenseless Palestinian citizens untold.

“Attacking journalists, press crews and institutions using Israeli warplanes and destroying towers that house local and international media headquarters are not something new, but rather a systematic behavior in the Israeli military strategy, and a barbaric behavior targeting the safety of journalists in order to terrorize them,” WAFA said.

WAFA urged international human rights institutions and press unions to condemn these crimes by organizing international campaigns to support Palestinian journalists in the face of the daily Israeli violations against them.