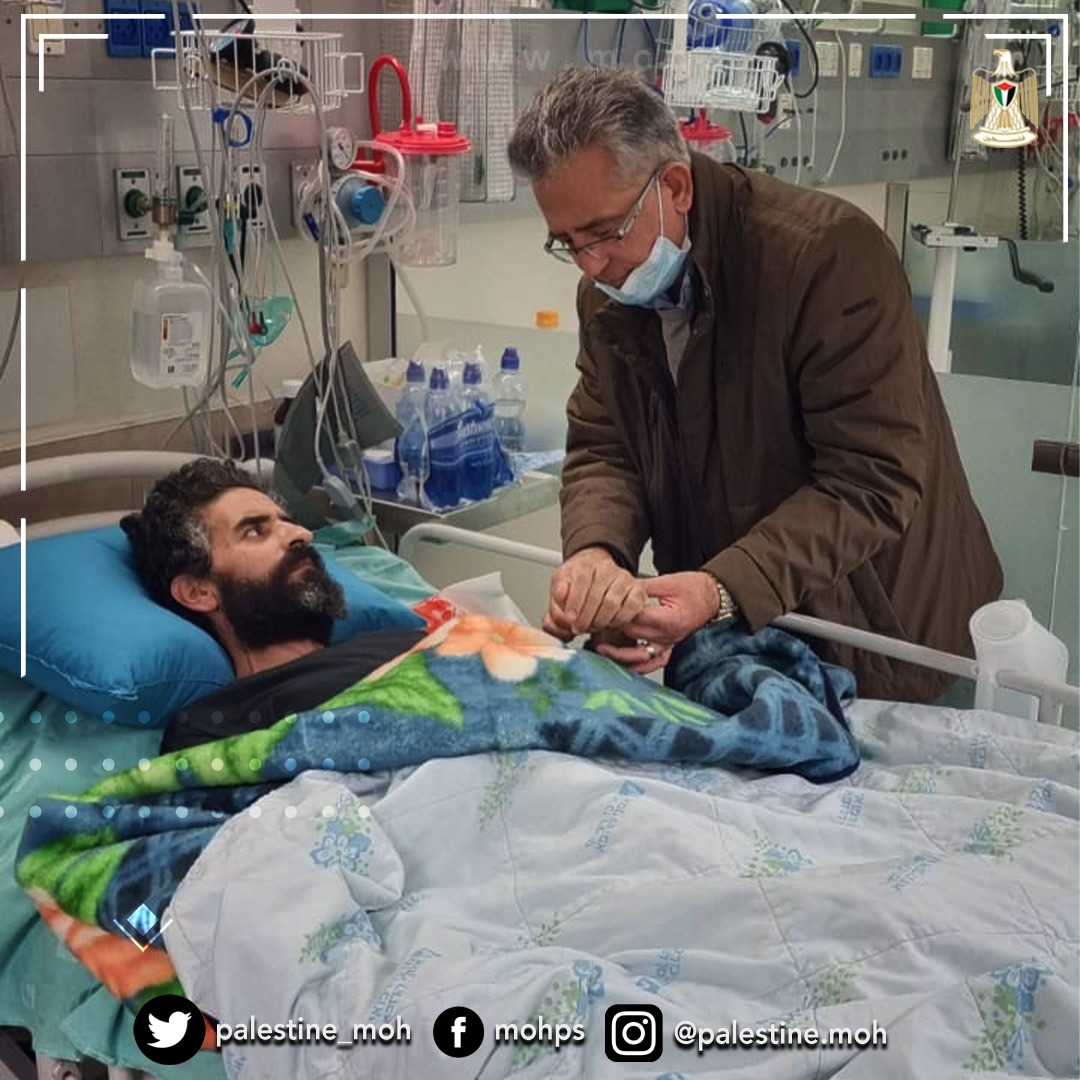 RAMALLAH, Friday, December 31, 2021 (WAFA) - The health condition of hunger striking Palestinian prisoner in Israeli jails, Hesham Abu Hawwash, is in a critical stage and the worst is expected at any moment, the Ministry of Health had said.

Abu Hawwash has been on hunger strike for almost five months in protest of his indefinite detention without charge or trial by Israel under the so-called administrative detention policy.

An MoH delegation which visited Abu Hawwash at the Israel medical center of Assaf Harofeh said his health condition is seriously dangerous as he suffers blurry vision, significant muscular atrophy and inability to move and talk.

MoH said its delegation tried to obtain the medical examinations that had been carried out to prisoner Abu Hawash, noting that a December 16 examination for him suggests a critical shortage of potassium salt and an increase in liver enzymes. No other examinations were conducted for Abu Hawwash after that date, MoH added.

MoH pointed out that it had reached out to international human rights organizations to demand that Abu Hawwash be moved to a Palestinian hospital after the serious deterioration in his health condition.