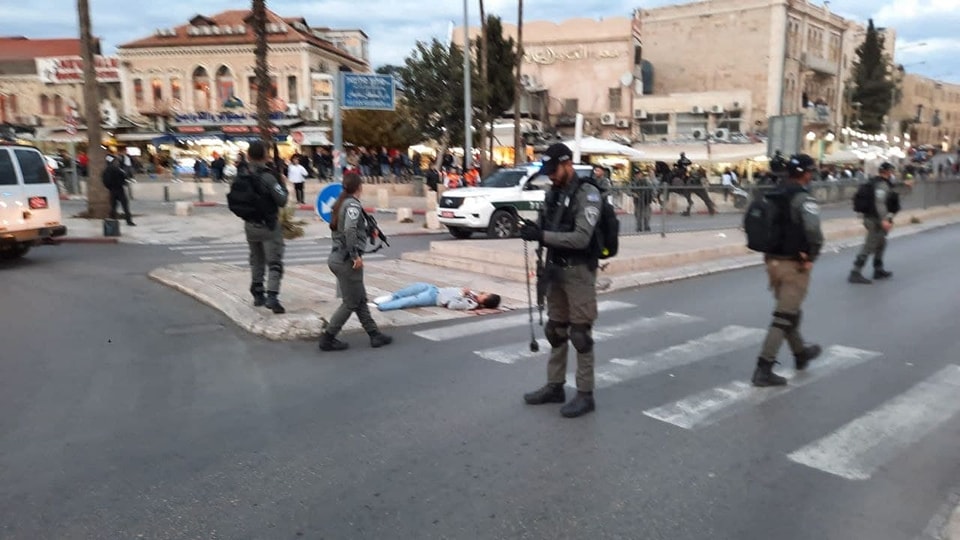 WAFA correspondent said the Israeli Police’s investigation department closed the investigation and accepted the claim that they had acted in self-defense, arguing that the shooting to death of the young man was justified.

Footage shot by bystanders appeared to show Israeli police officers continuing to shoot Salima from point-blank range while he was lying on the ground and not appearing to pose a threat.

President Mahmoud Abbas’s Office condemned the killing earlier this week, saying “this is a continuation of the Israeli escalation against the Palestinian people” and calling the shooting “a war crime.”

The United Nation’s Human Rights Office (OHCHR) said it was “shocked by the apparent extrajudicial execution”.

The killing has drawn comparisons to a widely publicized 2016 incident in which an Israeli soldier, Elor Azaria, was caught on camera shooting a wounded Palestinian attacker who was lying on the ground, prompting calls for an investigation.

Azaria served two-thirds of a 14-month sentence after being convicted of reckless manslaughter, in a case that sharply divided Israelis. The military pushed for his prosecution, saying he violated its code of ethics, while many Israelis, particularly on the nationalist right, defended his actions.

Israeli opposition groups and human rights groups have called the incident a “summary execution.” Legislator Ofer Cassif of the Joint List, a predominantly Palestinian party in the Israeli Knesset, wrote on Twitter that that “executing a man who no longer constitutes a threat is a horrible crime. This is the reality created by the occupation.”

Israeli human rights group B’Tselem said in a tweet: “Contrary to the sanitized terminology Israeli authorities and media use, “the assailant wasn’t neutralized”. He was summarily executed.”