GAZA, Wednesday, November 24, 2021 (WAFA) – A delegation of 20 European diplomats arrived this morning in the besieged Gaza Strip to inspect the situation there, reported WAFA correspondent.

Shadi Othman, the spokesman for the European Union office in Jerusalem, told WAFA that this is the largest European diplomatic delegation to visit the Gaza Strip at one time.

The purpose of this two-day visit, he said, is to see firsthand the developments in Gaza and to send a political message that it is important to lift the blockade imposed by Israel since 2005, end the intra-Palestinian division and achieve unity in a way that would allow the Palestinian government to fully carry out its duties in the Gaza Strip.

The delegation is going to meet with representatives of various sectors to hear from them about the latest developments in the Gaza Strip and the current situation and will include a visit to strawberry farms in Beit Lahiya and Sudaniyeh neighborhoods in the north of the Gaza Strip and a meeting with the producers, a visit to the water desalination plant in Deir al-Balah in the central Gaza Strip, and a visit to Rafah crossing with Egypt and Karm Abu Salem (Kerem Shalom) commercial crossing with Israel, as well as the fishermen port, said Othman. 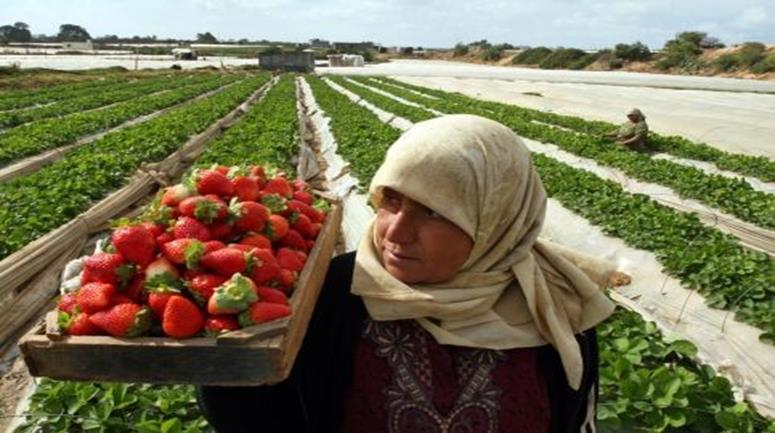 A strawberry farm in Gaza.

EU urges a halt to Israel’s demolition of Palestinian homes