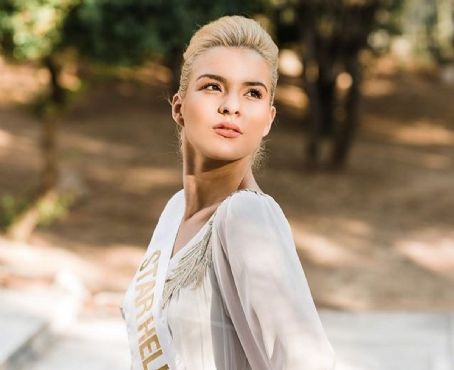 "I will not be attending "Miss universe" this year. The reason for that is the country," Plastira said. "I can’t go up that stage and act like nothing is happening when people are fighting for there lives out there."

RAMALLAH, Tuesday, November 23, 2021 (WAFA) – Greek Miss Universe contestant Rafaela Plastira has officially announced her withdrawal from the Miss Universe pageant that is set to be held in Israel, saying that she can’t go up on stage and act like nothing’s happening.

Plastira took it to her Instagram post to announce to her followers that she is not going to participate in the pageant, citing the hosting country as a reason for her decision.

"I will not be attending 'Miss Universe' this year. The reason for that is the country," she said. "I can’t go up that stage and act like nothing is happening when people are fighting for their lives out there."

"This u-turn is disappointing. CEO of Miss South Africa, Stephanie Weil, clearly supports Apartheid Israel by defending the indefensible," the organization said in a press statement.

The statement added, "It is clear to us that there are divisions within the organization and company of Miss South Africa. We had, in fact, been reliably informed of Miss Lalela Mswane’s withdrawal from the upcoming pageant in Israel, but it seems that there has been interference and pressure, with Miss South Africa now making a u-turn and reversing the withdrawal decision."

The statement added, "The Miss South Africa brand is getting uglier by the day by ignoring the history of South Africa, by disregarding the suffering of the Palestinians and by dismissing its own supporters who have urged the company to do the right thing and not endorse the Apartheid State of Israel."

EU urges a halt to Israel’s demolition of Palestinian homes