Premier: Whoever cannot punish Israel can at least help Palestine 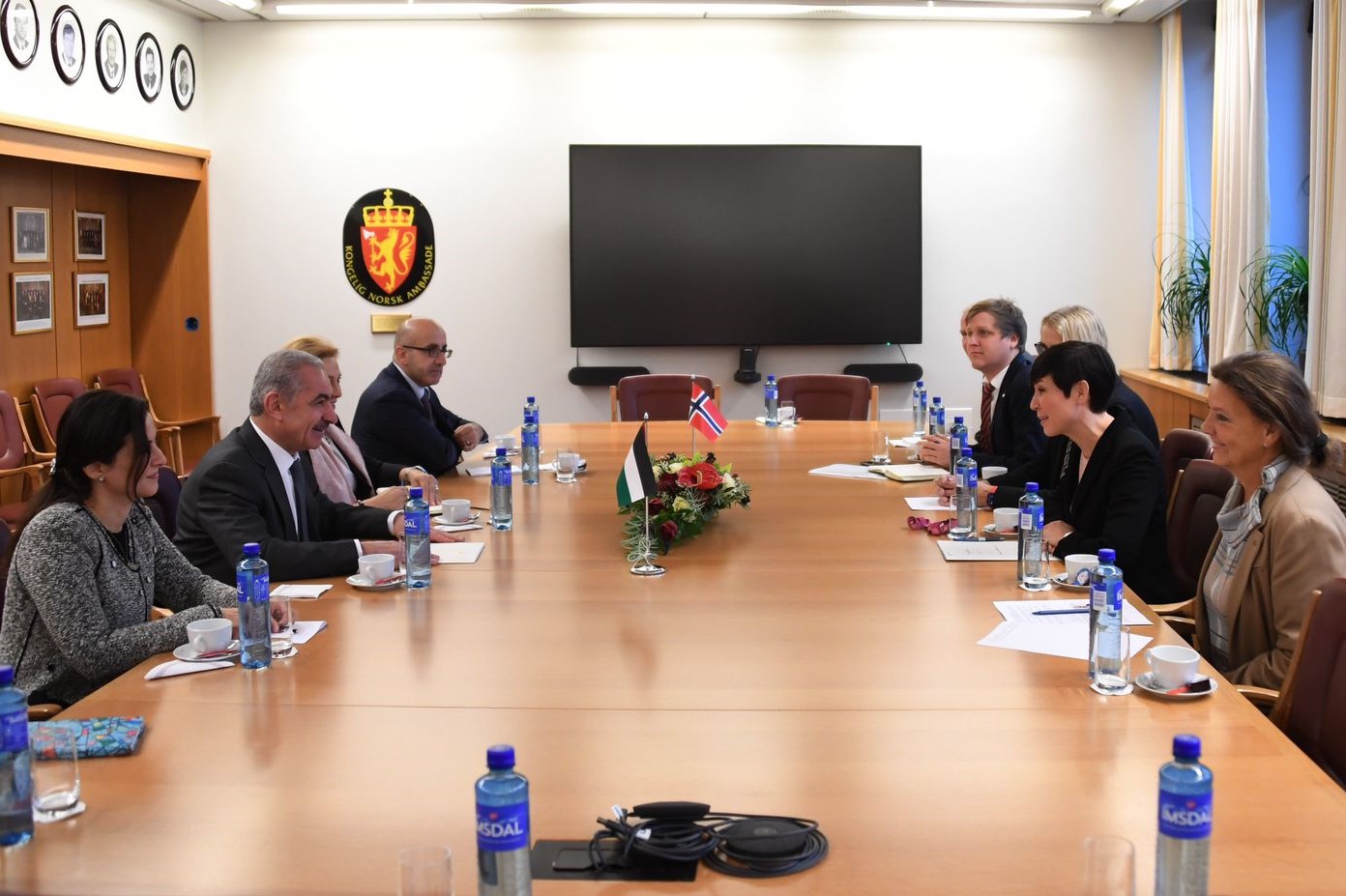 OSLO, Thursday, November 18, 2021 (WAFA) – Prime Minister Mohammad Shtayyeh said today that “whoever cannot punish Israel can at least help Palestine” by recognizing an independent state of Palestine on the pre-1967 borders with Jerusalem as the capital, and by recognizing right of return of the Palestinian refugees.

During the meeting, Shtayyeh called on the Norwegian Parliament to translate words into action by taking measures beyond the labeling of settlement-made products that include a boycott of products manufactured in the Israeli settlements, and by asking Israeli settlers who hold European passports and who live in the illegal Israeli settlements to leave them.

"The world must act to protect the two-state solution that Israel is systematically working to destroy, through accelerated settlement expansion, arrests, murders, blockade of Gaza, isolating Jerusalem, and other measures," he said during the meeting.

Shtayyeh urged Norway to press Israel to abide by the signed agreements by facilitating the holding of the Palestinian elections, including in occupied Jerusalem.

The Prime Minister thanked Norway for its continued support for the inalienable rights of the Palestinian people.