Remembering the Kafr Qasem massacre of 1956 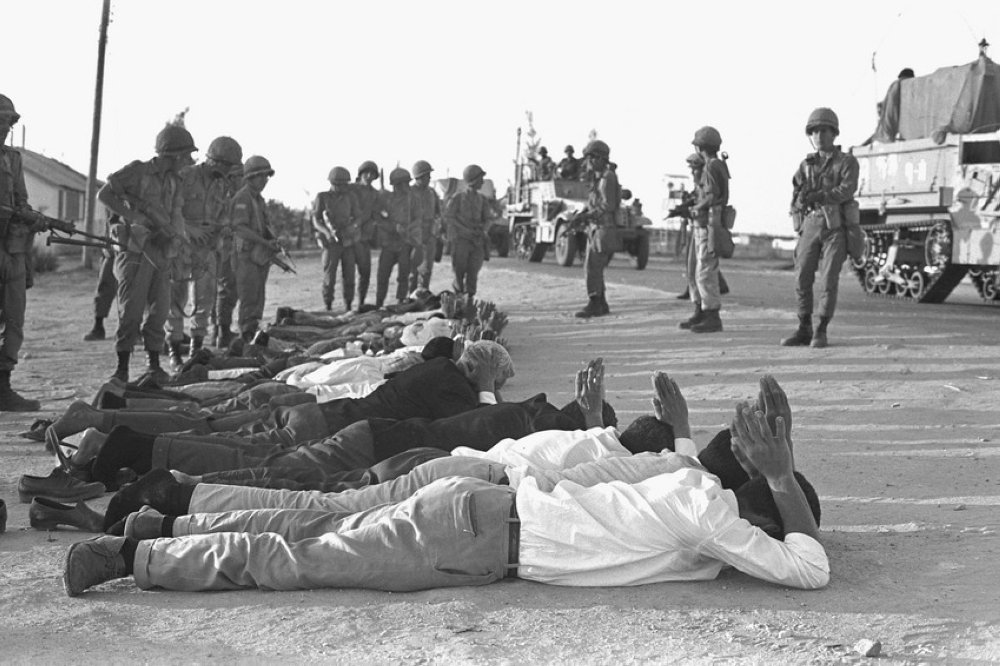 RAMALLAH, Friday, October 29, 2021 (WAFA) – October 29 marks the 65th anniversary of one of the key events in the history of the Israeli occupation, the Kafr Qasem massacre of 1956, in which about 50 Palestinian civilians, including children, were shot dead by an Israeli army unit instructed to kill all breakers of a badly implemented curfew.

On 29 October 1956, the Israeli occupation imposed a curfew on the village of Kafr Qasem in 1948-occupied Palestine while the Palestinian residents of the village were out working in the fields.

The Israeli forces were then dispatched to Kafr Qasem with orders to shoot at and kill any person seen outside their home after 17:00, making no distinction between men, women, children and those returning from outside the village.

Upon returning back to Kafr Qasem, unaware of the curfew or the terror that awaited them, the villagers were met by the occupation forces, lined up and murdered in cold blood. Twenty three of the Palestinians who were martyred were children under the age of eighteen.

Hundreds more Palestinians were also massacred by Israeli troops in the towns and refugee camps of Khan Younis and Rafah in the Gaza Strip in the following days.

The Kafr Qasem massacre came just eight years after the Nakba in 1948, and just three years after the Qibya massacre in 1953. In every instance of pre-meditated genocide, the Israeli occupation not only denied responsibility, but sought to erase the events from history altogether.

Histories of the Israeli-Palestinian conflict often neglect the Palestinian population that remained in Israel after it was formally created, especially the highly restrictive military rule imposed on them between 1948 and 1966. During this period, Palestinians living within Israel were deemed a “security threat” and were required to obtain official permits for travel outside designated areas.

Israeli authorities later launched an investigation into the killings and the border policemen who were involved in the shooting were brought to trial and sentenced to prison terms ranging between 8-17 years.

However, all were released two years after the massacre, while the brigade commander was ordered to pay a fine of one piaster.

According to Palestinian historians, the massacre at Kafr Qasem mirrored the typical Israeli blueprint of terrorising Palestinians into fleeing. In his book Atlas of Palestine, 1917-1966, Dr. Salman Abu Sitta lists at least 232 places where atrocities, massacres, destruction, plunder and looting were carried out by the Zionists between 1947 and 1956. Almost every one of thirty military operations were accompanied by one or two massacres of civilians. There were at least seventy-seven reported massacres, half of which took place before any Arab regular soldier set foot in Palestine during the 1948 Israeli-Arab war.

The pattern of expulsion was consistent, regardless of the region, date or the particular battalion involved in attacking a town or village. The imposition of a curfew was common practice prior to a massacre. Villagers would be gathered in the main square or nearby field in separate groups, while the village itself was surrounded on three sides, leaving the fourth open for escape or expulsion. The gap left open for Palestinians to flee in the Galilee region pointed towards Lebanon and Syria; towards the West Bank and Jordan in central Palestine; and towards Gaza and Egypt in the south.

Historian Adam Raz is the author of Kafr Qasem Massacre: A Political Biography. He believes that behind the horrific 1956 event was a secret plan to expel ("transfer") Israel's Palestinian citizens from the much-coveted territory known as the Triangle in central Palestine.