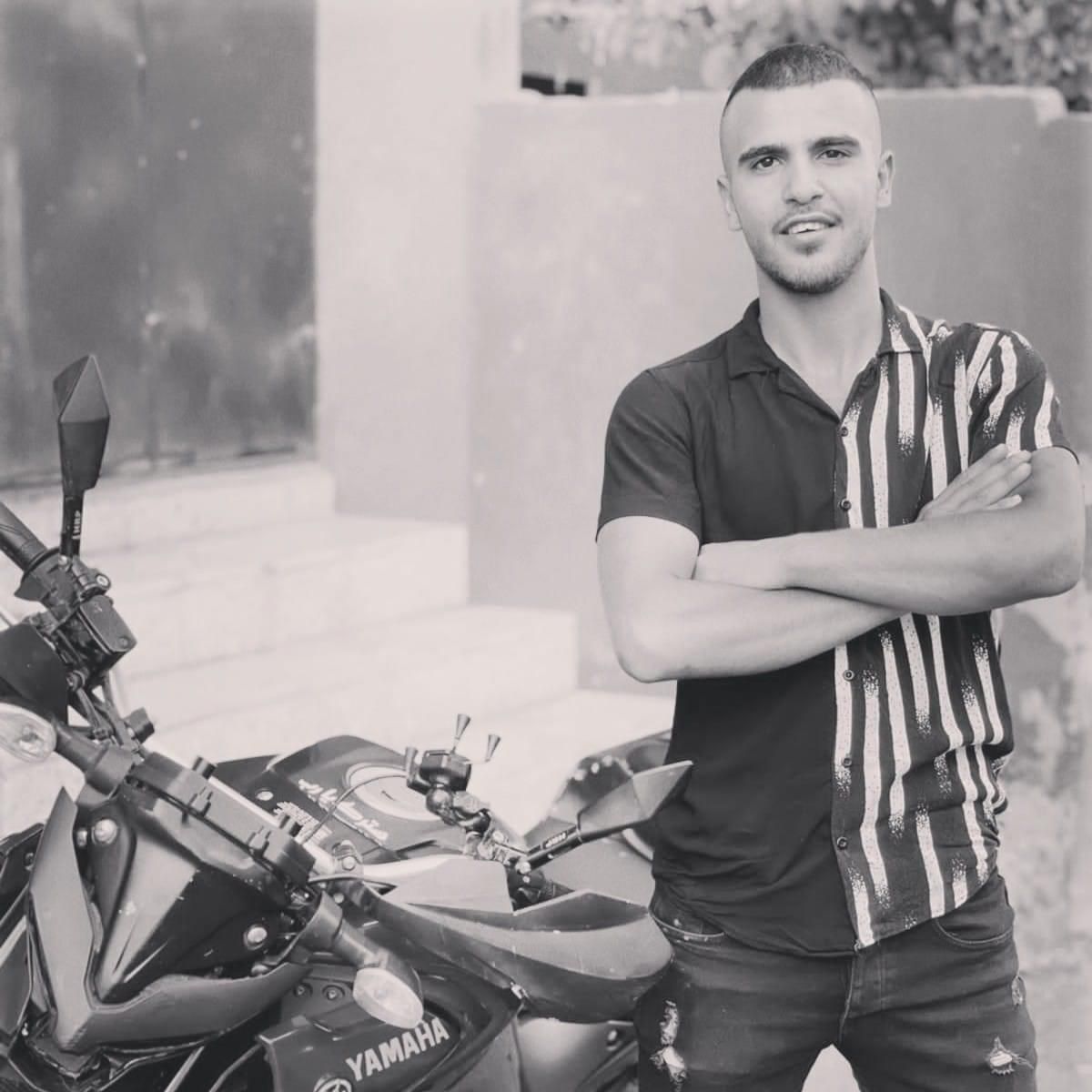 A photo for Alaa Zyoud, who was slain by Israeli forces.

JENIN, Wednesday, September 29, 2021 (WAFA) – Israeli forces early Thursday killed a Palestinian youth and injured two others in the village of Burqin, southwest of the occupied West Bank city of Jenin, according to medical sources and eyewitness.

A medical source at Khalil Suleiman Government Hospital identified the slain Palestinian as 22-year-old Alaa Zyoud, a resident of the village of Silat al-Harithiya, west of Jenin.

Eyewitnesses told WAFA that a large Israeli military force surrounded a house in al-Matalla area, located between the two villages, while undercover forces, known as Musta'ribeen in Hebrew, gunned down Zyoud in the vicinity of the house and injured two others.

They added that the forces prevented paramedics from providing first aid to Zyoud until they made sure he died.

The injuries, who remained unidentified, were rushed to a hospital for urgent treatment.

Earlier this week, Israeli forces killed two Palestinians from Burqin village and three others from the Jerusalem-district village of Bidu.