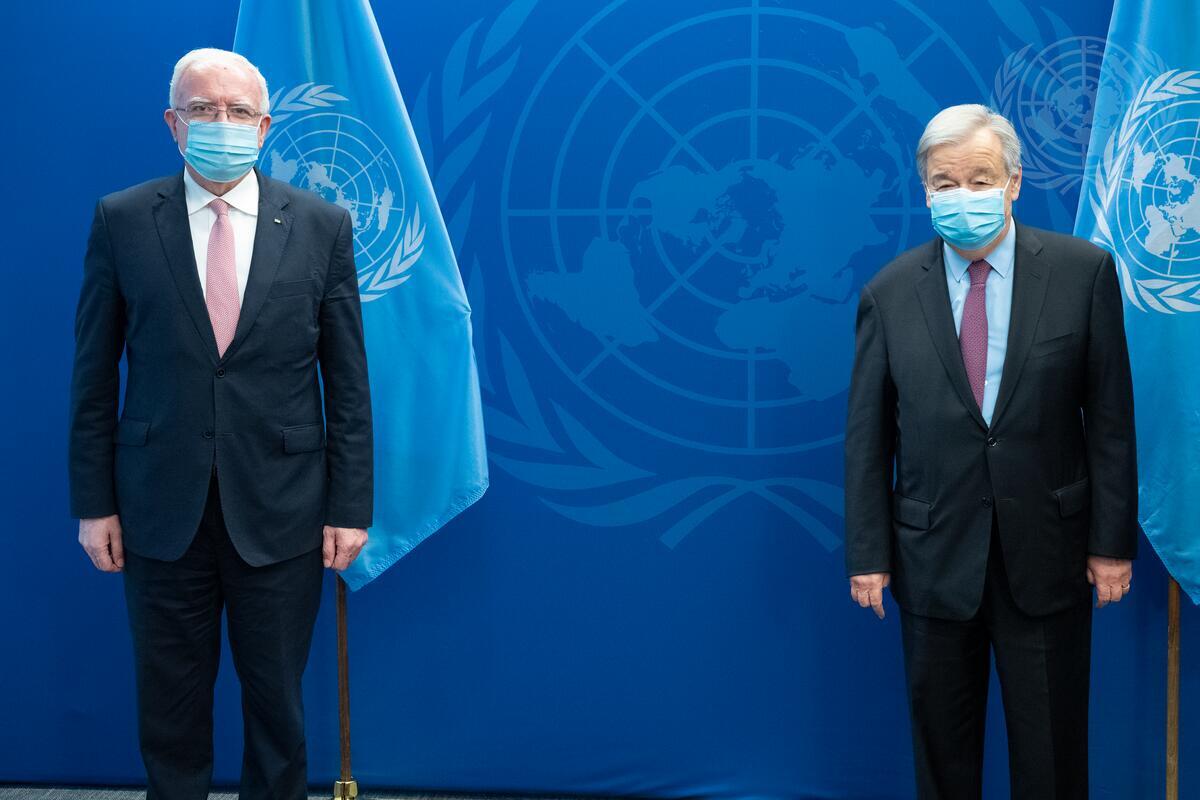 Al-Maliki briefed the UN chief on the ongoing Israeli violations in occupied Palestine, including house demolitions, forced expulsions, field executions and arbitrary arrests, the siege of Gaza, and the daily attacks committed by Israeli settlers against Palestinian civilians.

The Foreign Minister stressed that his meeting with the Secretary-General is the start of diplomatic and international action to mobilize the momentum required to implement what was stated in President Mahmoud Abbas’s recent speech before the UN General Assembly, leading to the protection of the rights of our people in their land.

He stressed that everything stated in the President's speech is based on the rules of international law and United Nations resolutions, which unanimously agreed on the right of our people to self-determination, independence for the State of Palestine, and the return of refugees.

Al-Maliki reiterated the call for the UN to form an international protection mechanism for the Palestinian people, to hold a peace conference under the auspices of the International Quartet, to compel Israel to bear its responsibilities as an occupying power, and to work to dismantle the Israeli apartheid system in the occupied State of Palestine.

Guterres and Al-Maliki also discussed the Middle East Peace Process and reaffirmed their shared commitment to the two-state solution and the need to build conditions for a return to meaningful negotiations.