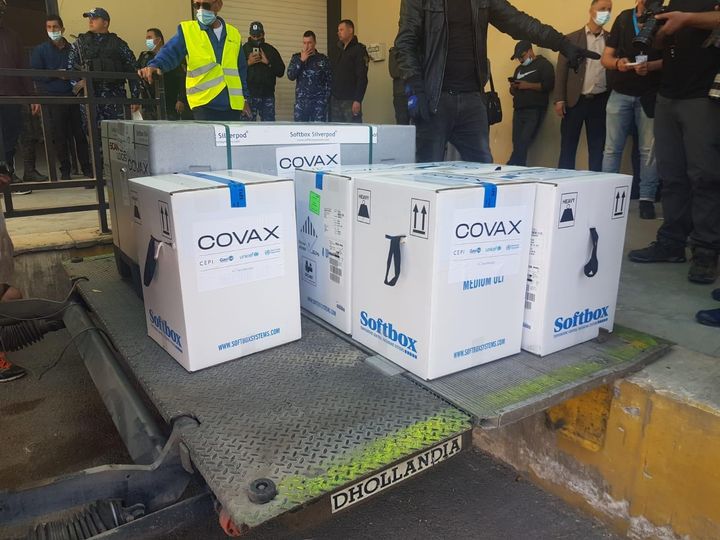 Vaccines intended for the Palestinian people.

RAMALLAH, Tuesday, September 14, 2021 (WAFA) - Minister of Health Mai Alkaila said today that the Israeli occupation measures at two army-manned crossings in the West Bank and Gaza led to damaging a shipment of COVID-19 vaccines that were sent last Wednesday to Gaza from the Ramallah warehouses of the ministry.

The Minister said that the occupation authorities obstructed a shipment containing 50,000 doses of the Sputnik Light vaccine sent from Ramallah to Gaza and unloaded the vaccines from the trucks for an hour at the Beitunia crossing checkpoint in Ramallah, and for an additional two hours at the commercial border crossing with Gaza known as Karm Abu Salem (Kerem Shalom), which resulted in damaging the vaccines that needed specific temperatures for their preservation and usability.

The Minister of Health indicated that after the vaccines truck reached Karm Abu Salem crossing with Gaza, the soldiers manning the crossing unloaded the truck once again and kept it outside the truck for two hours, which led to the breaking of the cold chain again.

She said that $675,000 worth of vaccines were destroyed as a result of this while their expiry date was the end of November.

Alkaila said that the ministry has called on the various human rights organizations to intervene immediately to prevent the occupation authorities from spoiling the validity of the vaccines that will be sent later to the Palestinian people in the besieged Gaza Strip.

"We have started immediate measures in coordination with the Civil Affairs Authority and the World Health Organization to send another batch of vaccines to our people in the Gaza Strip," she said.