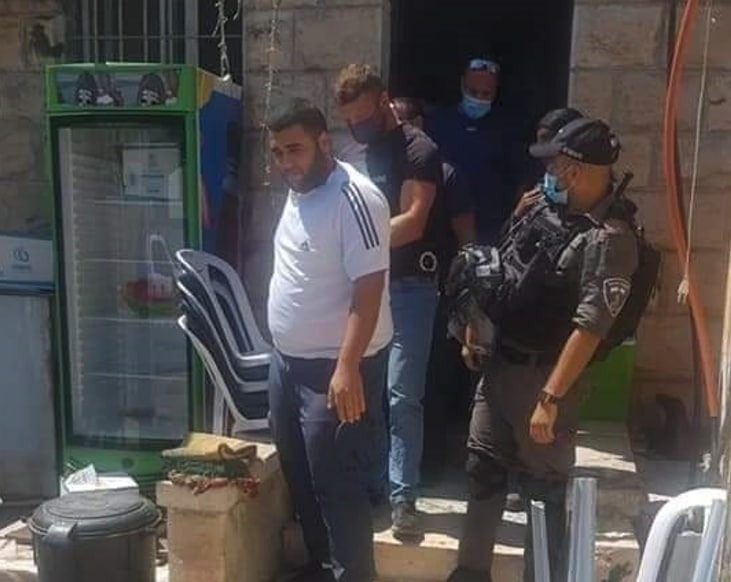 JERUSALEM, Wednesday, August 11, 2021 (WAFA) – Israeli police today summoned two Palestinian residents of Sheikh Jarrah neighborhood of occupied East Jerusalem for questioning after taking part in a protest against the detention of a fellow resident of their neighborhood threatened with eviction and displacement for the benefit of Israeli settlers, according to local sources.

They said police summoned Mohammad al-Kurd and Omar Abu Sneineh, both active in the struggle to prevent the Israeli-orchestrated eviction of their families from their homes in Sheikh Jarrah in order to turn them over to fanatic settlers, after they protested outside the Magistrate Court in West Jerusalem demanding the release of Murad Atyeh, 26, also a resident of the same neighborhood and active in the struggle against the forced eviction of the neighborhood families.

Atyeh was arrested yesterday at his home in Sheikh Jarrah for yet unclear reasons and was brought before the court today, which remanded him for five days.

The Israeli High Court is deliberating the possible eviction of several Palestinian families from their homes in Sheikh Jarrah neighborhood, where they have been living since the 1950s, after settlers claimed the land on which the homes are built were owned by Jews since early last century, a claim strongly contested by the Palestinian families who said the settlers presented forged documents proving ownership while that they possess the right ownership documents.

The Israeli courts refused to acknowledge the Palestinians’ ownership documents prompting the Palestinians to accuse the court of conspiring with the settlers in the forced eviction and displacement of the Palestinian families, a war crime according to international law.