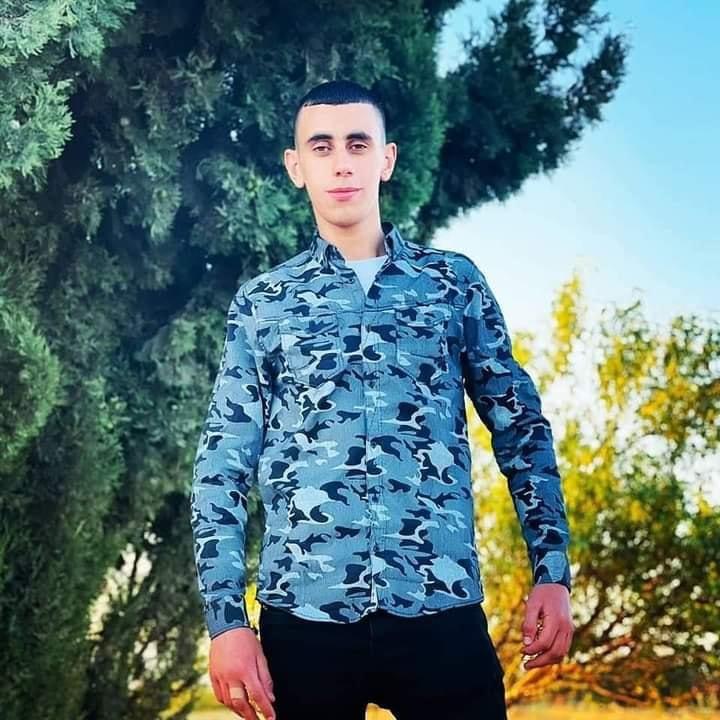 RAMALLAH, Thursday, July 29, 2021 (WAFA) – A 20-year-old Palestinian who was shot by Israeli soldiers earlier today in Beit Ummar town in the south of the West Bank and critically wounded has died of his wounds, said the Ministry of Health.

Shawkat Khaled Awad is the second Beit Ummar resident to be shot and killed by Israeli soldiers in 24 hours. The first was 11-year-old Mohammad Allamy who was shot and killed yesterday while he was in his father's car.

Awad was shot in the head and stomach, said the Ministry of Health, and was critical in hospital where he was pronounced dead hours later.

Fierce clashes broke out in Beit Ummar following the funeral of Allamy.

Soldiers opened fire at the stone-throwing youths, injuring at least 12 people with live bullets, according to the Red Crescent, including Awad who later died of his wounds.