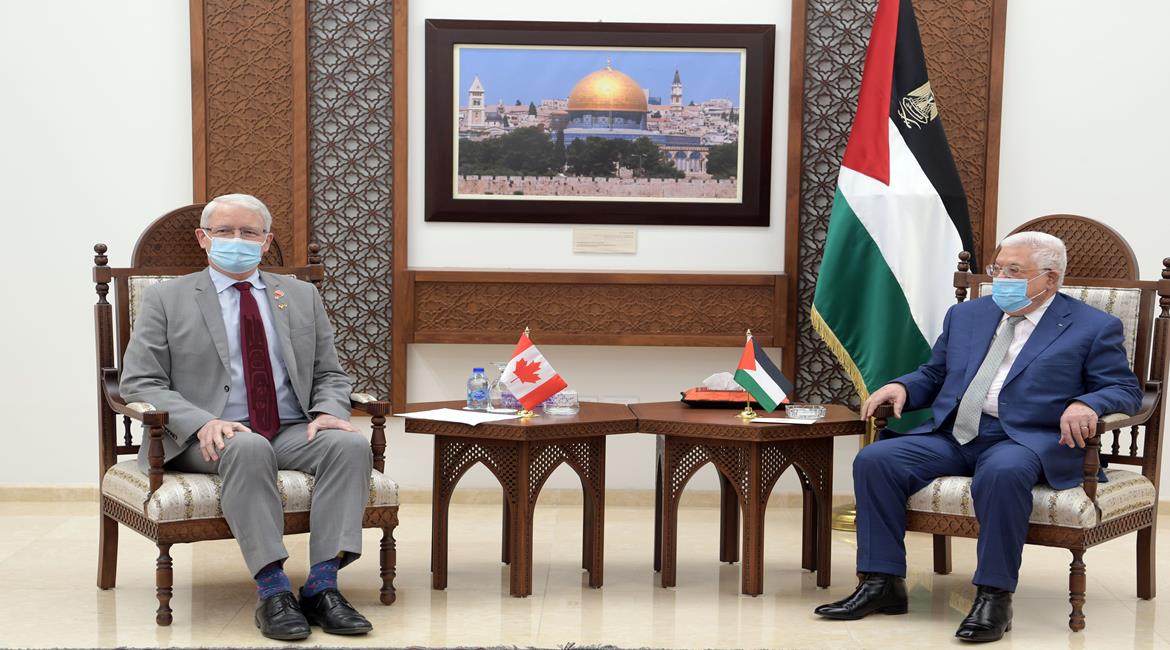 Speaking in a meeting with Canadian Foreign Minister Marc Garneau at the presidential headquarters in Ramallah, President Abbas underscored the need to restore a political horizon towards ending the Israeli occupation, political deadlock and hopelessness among the Palestinian people.

He briefed the Canadian diplomat on the latest developments on the Palestinian arena and the efforts aimed at consolidating the ceasefire across the occupied territories and resuming the long-stalled peace process conducive to ending the occupation and achieving comprehensive peace in line with the United Nations resolution and international law and under the Quartet’s auspices.

He expressed appreciation of Canada’s “positions in support of the self-determination of the Palestinian people, opposition to the expansion of Israeli colonial settlements, rejection of the expulsions of Palestinians from East Jerusalem and recurrent calls for respecting the historic status quo at the holy sites in Jerusalem.

He stressed that need for the international community, including Canada, which has good relations with the concerned parties, to halt all Israeli attacks against the Palestinian people.

He thanked Canada for continuing to provide humanitarian assistance to the besieged Gaza Strip and support to the United Nations agency for Palestinian refugees (UNRWA) and to help combat the spread of the coronavirus pandemic.

He reiterated Palestine’s keenness to promote bilateral Palestinian-Canadian relations in addition to consolidating democracy and the rule of law, while noting that he would call again for general elections once Israel agrees to allow conducting the elections in Jerusalem city.

The Canadian diplomat renewed his country’s position rejecting forced expulsions of Palestinians from Jerusalem, including Sheikh Jarrah, as well as Israel’s colonial settlement construction, while attaching importance to the issues of respecting the holy sites and the Palestinian people’s self determination.

Garneau noted his country’s concern and commitment regarding achieving peace based on the two-state solution, establishing regional security and stability, and continuing to provide relief assistance and support to UNRWA.