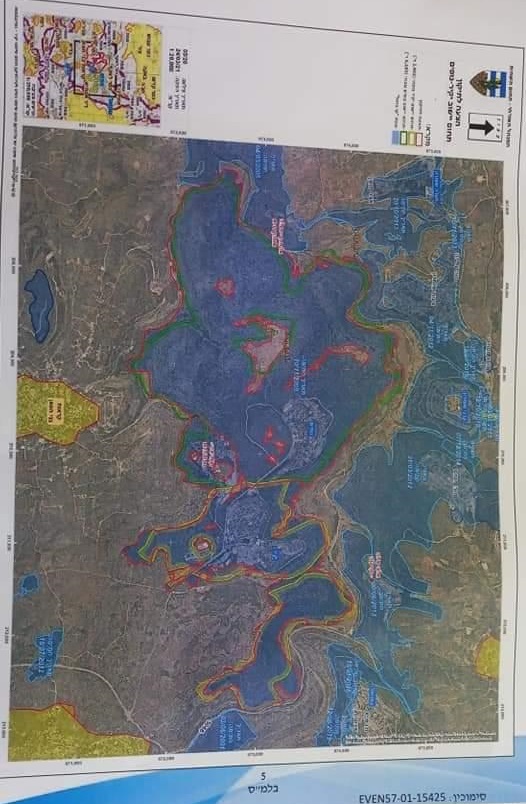 SALFIT, Sunday, July 4, 2021 (WAFA) – Israeli occupation authorities announced its intentions to seize thousands of dunums of Palestinian land in the towns of Qarawat Bani Hassan and Deir Istiya to the west of Salfit, for the benefit of settlement expansion, according to municipal sources.

Sources told WAFA that Israel intends to expropriate around 8500 dunums of land belonging to Palestinians for the benefit of expanding two existing settlements built illegally on the said towns’ land.

Israel has used a complex legal and bureaucratic mechanism to take control of more than fifty percent of the land in the West Bank. This land was used mainly to establish settlements and create reserves of land for the future expansion of the settlements, it said.

The principal tool used to take control of land is to declare it "state land." This process began in 1979, and is based on a manipulative implementation of the Ottoman Lands Law of 1858, which applied in the area at the time of occupation. Other methods employed by Israel to take control of land include seizure for military needs, declaration of land as "abandoned assets," and the expropriation of land for public needs. Each of these are based on a different legal foundation, said B’Tselem.

"Israel uses the seized lands to benefit the settlements, while prohibiting the Palestinian public from using them in any way. This use is forbidden and illegal in itself, even if the process by which the lands were taken were fair and in accordance with international and Jordanian law. As the occupier in the Occupied Territories, Israel is not permitted to ignore the needs of an entire population and to use land intended for public needs solely to benefit the settlers, it said.