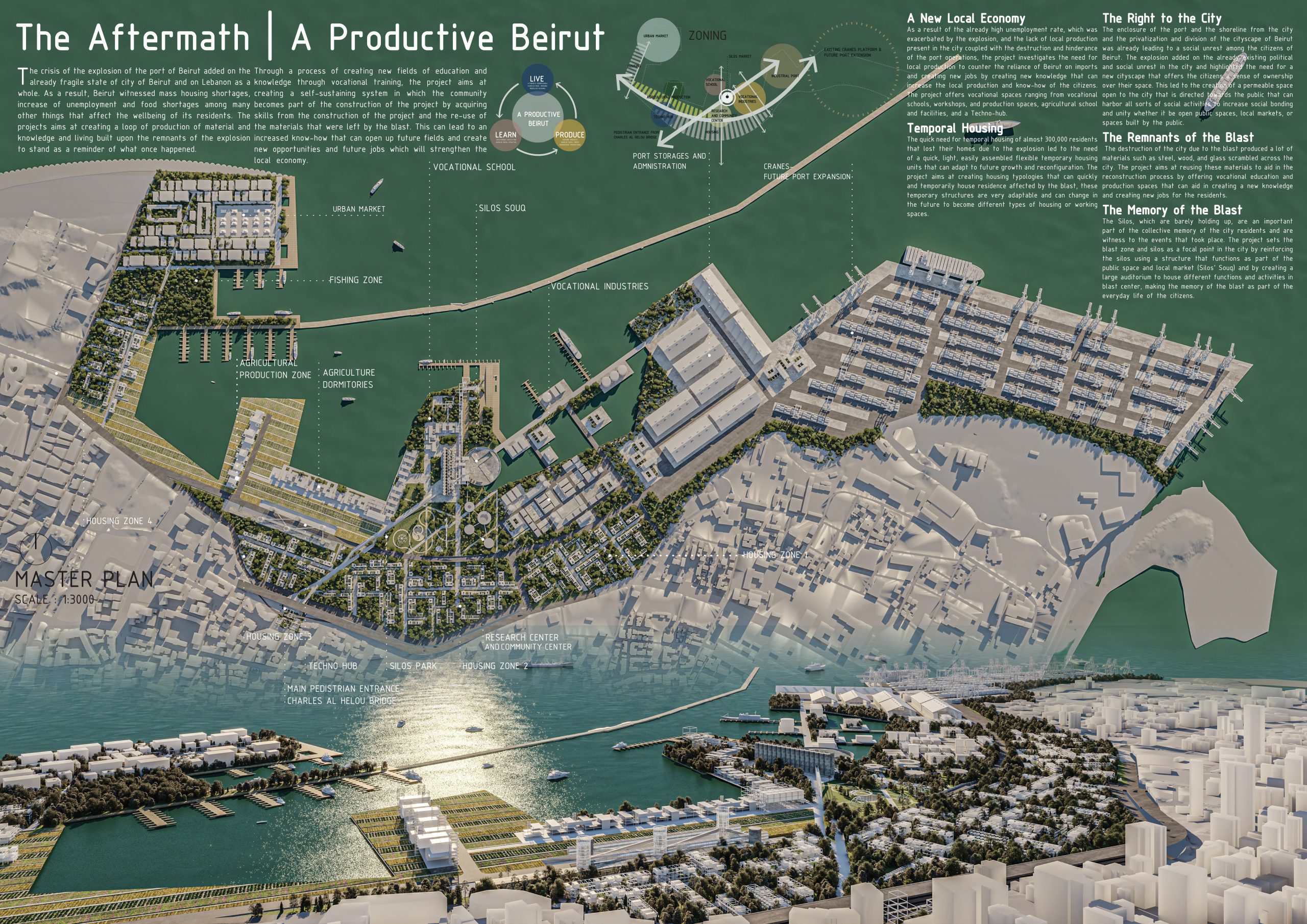 The M.A.D. Architects design for Beirut Port that won the Phoenix Prize.

RAMALLAH, Saturday, July 03, 2021 (WAFA) - The Palestinian Ministry of Higher Education and Scientific Research today commended the four Palestinian engineers, graduates of Birzeit University in the West Bank, who won the first place, the Phoenix prize, in an international competition for the design and reconstruction of Beirut Port, destroyed in a powerful and devastating explosion on August of last year killing over 200 people and causing heavy damage to buildings.

The Minister of Higher Education and Scientific Research, Mahmoud Abu Mowais, said that this excellent and distinctive work attest to the skills and experiences possessed by graduates of Palestinian higher education institutions despite the challenges faced by the Palestinian people.

He called for focusing more on qualitative scientific research in a way that serves the Palestinian, Arab and international community, adding that this sends a message to the world that the Palestinian people, and despite the obstacles imposed by the Israeli occupation, are able to innovate and share their expertise and skills to benefit all of humanity.

The Phoenix prize is the first award established as a part of Haifa Award’s international program associated by "iDARjerusalem" association and led by an international and renowned jury members.