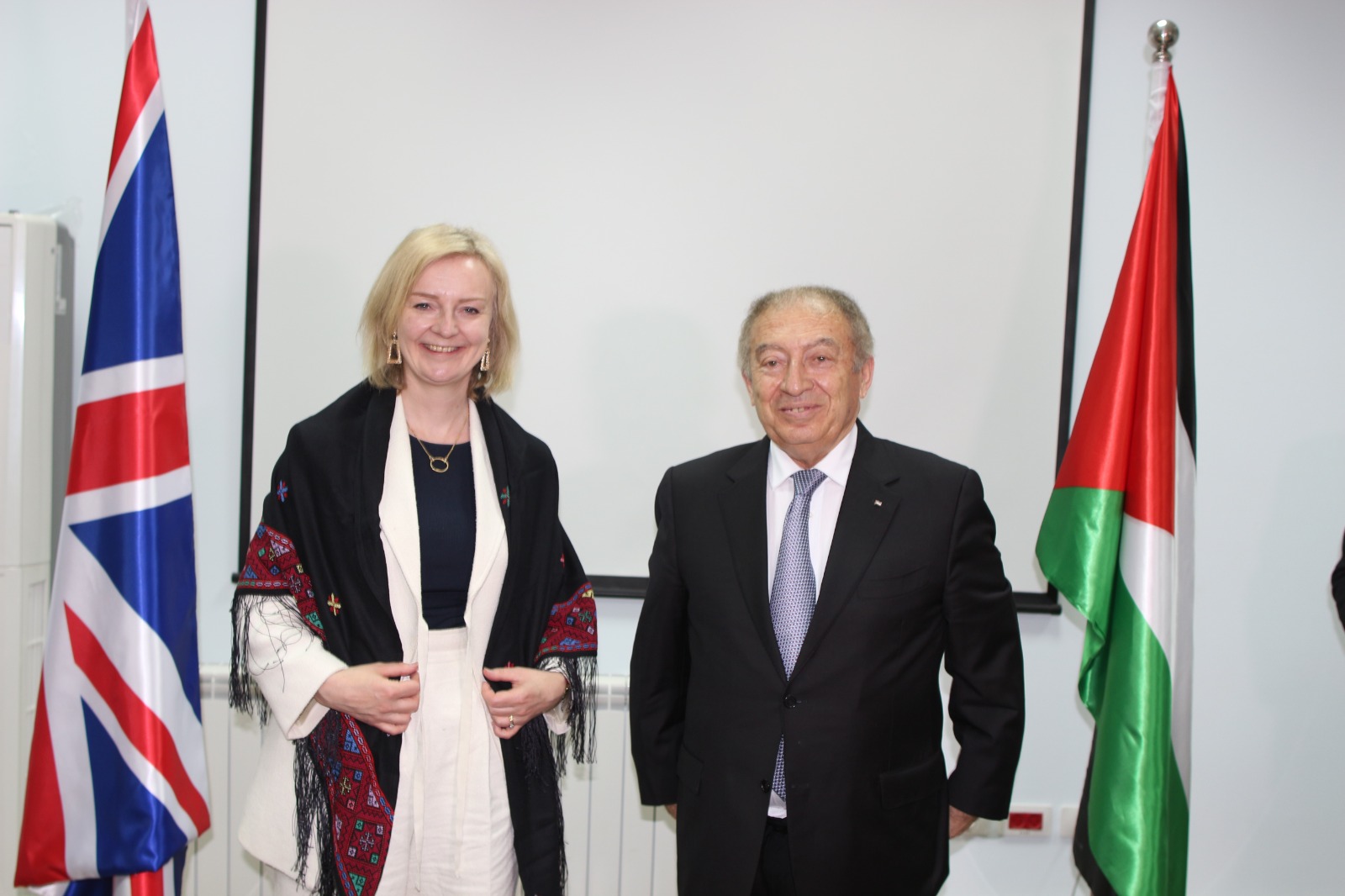 Both sides agreed to hold the first meeting of the joint committee in the upcoming September.

During the joint talks held at the Ministry's headquarters in Ramallah, in the presence of the British Consul General Philip Hall, and representatives of the Palestinian and British public and private sectors, the two sides affirmed the two countries' desire to develop the bilateral relations and intra-trade, mainly agricultural products.

Truss stressed the importance of consolidating and expanding the trade relations, and developing Intra-exports between the two countries, especially agricultural products, in addition to attracting investment, and benefiting Palestine from the British experience in developing industrial zones.

The British minister expressed her readiness to examine the possibility of benefiting British exports to Palestine from government support.

Truss was briefed on the obstacles facing the Palestinian private sector, expressing her country's commitment to work on removing restrictions that hinder Palestinian exports to Britain.