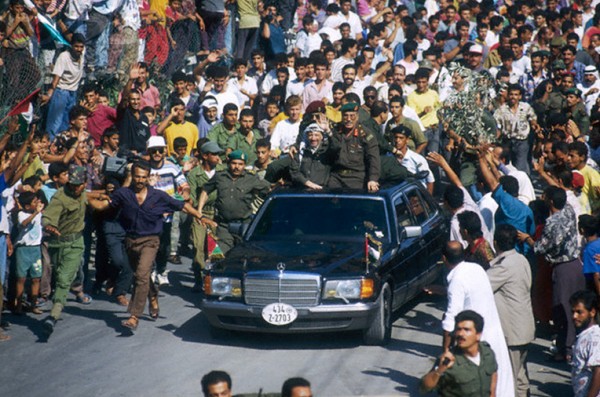 His return was made possible following the signing of the Oslo Accords between the Palestine Liberation Organization (PLO), which was headed by Arafat, and Israel in September 1993.

Arafat, also known as Abu Ammar, and clad by his famous checkered black and while kuffiyeh, first arrived in the Gaza Strip, where he was received by tens of thousands of people.

Two days later, he flew on a helicopter from Gaza to Jericho, where he set up a base before moving his headquarters to Ramallah.

Arafat died in November 2004 after he fell seriously ill following a long Israeli army siege of his Ramallah headquarters.