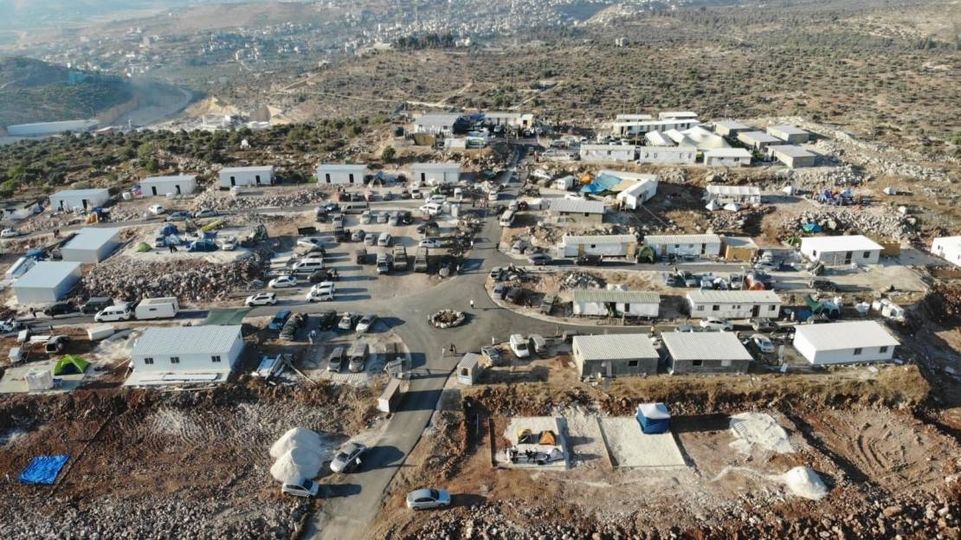 RAMALLAH, Thursday, July 1, 2021 (WAFA) - The Jerusalem Legal Aid and Human Rights Center (JLAC) this week submitted two letters to the legal advisor of the Israeli occupation authorities calling on him to make sure that the government immediately implement a court order to evacuate the settlers from the so-called Aviatar settlement outpost illegally built on Jabal Sabih, near Nablus in the north of the occupied West Bank, and remove all the buildings set up there by the settlers.

The first letter was submitted on June 25 and followed four days later with another letter submitted by JLAC attorney Suleiman Shaheen on behalf of the Palestinian landowners in Jabal Sabih, according to a press statement.

The settlers had objected to the evacuation order issued on ground that their presence was illegal. However, their objections were rejected because they had not obtained any permit from the Civil Administration, an arm of the Israeli military government that runs the West Bank affairs, to build in the area.

In its second letter, JLAC demanded that the legal advisor, in his capacity to protect the so-called rule of law, act against any possible deal intended to elude the court order that would lead to the establishment of a settlement in Jabal Sabih in a way to whitewash and legitimize the outpost.

According to media reports, the settlers and the military government reached an agreement that would allow the settlers to leave the outpost but keep the 30 plus buildings they had illegally set up on the land in their place and possibly turn them into a Jewish religious school through a military order to seize the lands pending studying the legal status of the lands.

JLAC said in its statement that it considers any decision that does not lead to the immediate and unconditional removal of all settlement buildings set up on Jabal Sabih lands owned by Palestinians from the villages of Beita, Yatma and Qablan as “a dangerous precedent that may be exploited by the settlers to appropriate other lands in the West Bank and create new facts on the ground, following the same method of blatant bullying and theft.”

Residents from Beita and other nearby villages have been protesting, day and night, the establishment of the settlement on their lands since the first day the settlers had stormed Jabal Sabih two months ago. So far, five Palestinians have been killed by Israeli army gunfire during these protests, four of them from Beita and one from Yatma.