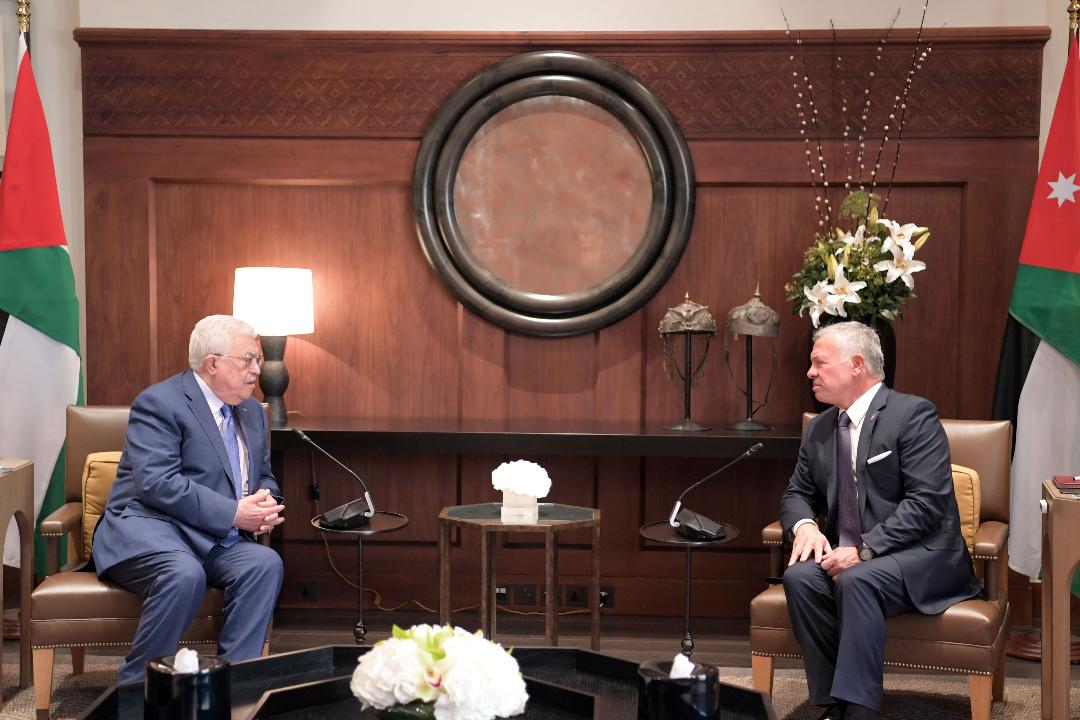 President Abbas arrived in the Jordanian capital, Amman, where he had a private meeting with Jordan’s King Abdullah II.

They discussed the latest political developments in the Palestinian arena, bi-lateral relations and issues of mutual concern.

In this regard, President Abbas affirmed ongoing coordination with Jordan in the interest of the Arab nation and its common causes, primarily the Palestinian cause.

Abbas’ separate meeting with Abdullah was followed by an expanded meeting involving officials from both sides.