Thousands of protesters in London demand freedom for Palestine 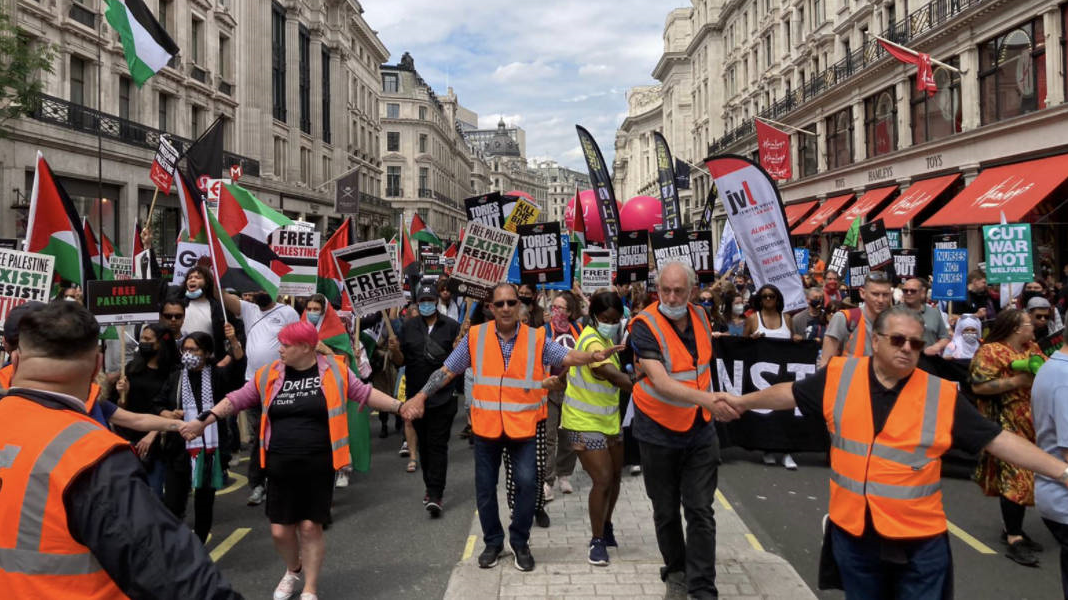 "Tories out," "Free, free Palestine," "One world, one struggle," and "The NHS [National Health Service] is not for sale" were some of the slogans they chanted as the crowd walked across central London towards Parliament Square.

Protesters were seen walking down Oxford Street in large numbers after gathering at Hyde Park carrying banners in support of Palestine while others held aloft anti-lockdown slogans.

They were met by a small counter-demonstration of pro-Israel supporters. The pro-Palestinian march was attended by prominent British political figures including Jeremy Corbyn, former leader of the main opposition Labour Party.

Earlier that day he tweeted: "Deliberately provocative attacks on the Al-Aqsa mosque and the ongoing home invasions (in) Sheikh Jarrah have led to horrendous violence in Jerusalem. As the occupying power, the Israeli government has it in its gift to rectify the current situation and not exacerbate it." The pro-Palestinian crowd chanted "shame on you" at the pro-Israel counter-protest.

UK Prime Minister Boris Johnson on Wednesday tweeted: "I am urging Israel and the Palestinians to step back from the brink and for both sides to show restraint. The UK is deeply concerned by the growing violence and civilian casualties and we want to see an urgent de-escalation of tensions." M.N