Russia voices concern over Israeli settlement, warns “situation can spiral out of control” 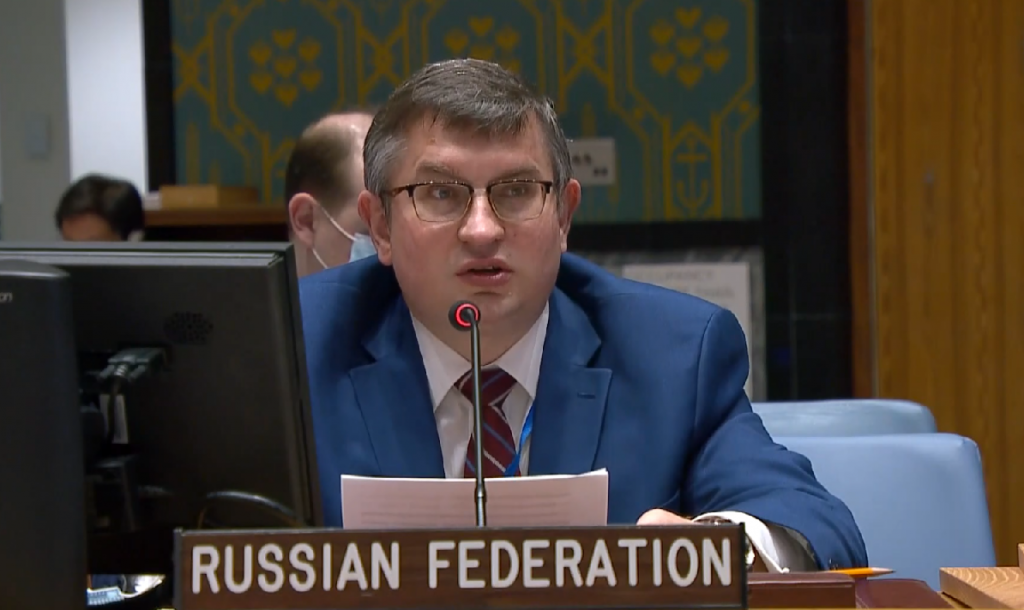 MOSCOW, Friday, June 25, 2021 (WAFA) – Russia Thursday voiced concern over the ongoing Israeli colonial settlement construction and warned that the “situation can spiral out of control”.

“The Special Coordinator shared information on the progress of UNSC resolution 2334. In this context, we express concern over the ongoing illegal settlement activity, which is one of the main obstacles to a solution based on the two-state principle,” Representative of the Russian Federation to UNSC, Alexander Repkin, stated at the United Nations Security Council’s (UNSC) briefing on the situation in the Middle East, including the Palestinian question.

“We are very worried that the pace of issuing permits for construction of new housing units and subtraction of Palestinian property has speeded up recently, thus triggering escalation,” while making reference to the killing of some 260 Palestinians, including 66 children, and wounding over 8,000 others in the recent 11-day Israeli onslaught on the besieged Gaza Strip.

“Regretfully, tension in in Eastern Jerusalem, especially in Sheikh Jarrah neighborhood and around Al-Aqsa mosque does not abate, according to the latest reports. Clashes between Palestinians and Israelis are taking place both there and in other districts in the West Bank. The situation can spiral out of control at any moment,” he added.

He called on “the both sides to act in a reserved manner, and on the new Israeli government – to refrain from unilateral steps that create irreversible trends on the ground.”

He stressed the need to consolidate the shaky ceasefire, recovery and reconstruction in the war-torn enclave, maintaining the status quo at Jerusalem’s holy sites and ensuring stable funding to the UN agency responsible for Palestinian refugees.

“We believe it important to consolidate the yet fragile ceasefire under mediation of regional partners, our Egyptian friends in the first place. We emphasize the need to preserve the status quo of Jerusalem’s holy sites given the special role of the Jordan monarchy. Provision of humanitarian assistance to the population of Gaza and recovery of the devastated infrastructure are the most pressing problems at this point. In this regard, we commend the work of UNRWA and stress that its financing must be stable and predictable.”

He maintained that finding a just and comprehensive solution to the Palestinian question is a prerequisite or requirement for ensuring regional peace and stability as he expressed his country’s willingness to convene a meeting to this end.

“In the interests of achieving a lasting stabilization, which will only be possible once there is a just solution to the Palestinian question on the internationally recognized basis (including UN resolutions), we intend to set forth our efforts aimed at launching a direct Palestinian-Israeli dialogue,” he said.

“We call on the colleagues in the Quartet of international mediators for the Middle East to consider our initiatives that propose convening a meeting of the extended format with participation of regional states.”