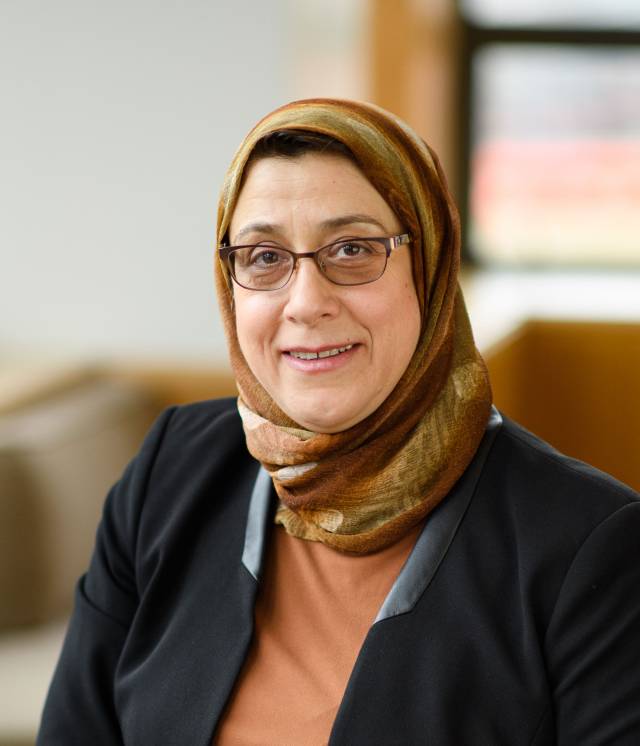 NEW JERSEY, Wednesday, June 16, 2021 (WAFA) – Palestinian-American Amaney Jamal, the Edwards S. Sanford Professor of Politics and director of the Mamdouha S. Bobst Center for Peace and Justice, has been named dean of the Princeton School of Public and International Affairs (SPIA). Her appointment is effective Sept. 1, said a statement issued by the university’s office of communications.

Jamal is a longtime Princeton faculty member, whose research and teaching focuses on the Middle East and North Africa, political development and democratization, inequality and economic segregation, Muslim immigration in the United States and Europe, and issues related to gender, race, religion, and class.

She has served in numerous leadership roles on campus, including as chair of the Department of Politics Ad-Hoc Committee on Race and Diversity and as a member of the Dean of the Faculty Committee on Diversity. Jamal also directs the Workshop on Arab Political Development and the Bobst-American University of Beirut Collaborative Initiative.

Among her many awards and fellowships, Jamal was elected to the American Academy of Arts and Sciences in 2020, received the distinguished Kuwait Prize for the field of economics and social science in 2019, and was named a Carnegie Scholar in 2005.

"Amaney Jamal is a brilliant political scientist, a superb University citizen, and a leader respected by her peers," President Christopher L. Eisgruber said. "As the Director of the Bobst Center for Peace and Justice and throughout her distinguished career, she has produced and supported high-quality scholarship that tackles pressing issues in public and international affairs from a variety of perspectives. I am delighted that she has agreed to be our next dean of the Princeton School of Public and International Affairs." Jamal said it is an "immense honor and privilege" to be selected as SPIA’s next dean.

"As dean, I will dedicate my efforts to preserve SPIA’s solid and impressive record in attracting and retaining the world’s finest faculty. Academic excellence is a core pillar of the school and I will ensure its reinforcement and strengthening during my tenure," she said. "I will also focus my efforts on three primary goals: diversification, internationalization, and the augmentation of the school’s policy‐making training.

SPIA is a world-class center of advanced training and research in public and international affairs for undergraduate and graduate students. Its graduates include leaders in domestic and international government positions as well as leaders of private, nonprofit, and nongovernmental organizations.

"Training the next generation of policy experts is the foundational goal of the school," Jamal said. "This goal requires both a commitment to academic excellence and applied state-of-the-art policy training. To further the mission of SPIA as an institution dedicated to solving the world’s problems, I am committed to supporting evidence‐based research, the development of professional and practitioner skills and strategies, the augmentation of domestic and international policy networks, and ensuring that each and every student has the chance to participate in experience‐based policy learning and training opportunities." She noted that interdisciplinary centers like SPIA "are uniquely positioned to serve as conduits and pathways into the rest of the world. Through our institutions, we project our commitment to norms of equality, inclusion, and fairness." Jamal said she hopes to build on SPIA’s reputation as a leading institution committed to diversity, equity and inclusion and aims to expand the school’s international collaborations and provide more opportunities abroad for undergraduate and graduate students.

"Working with faculty, I hope to implement more collaborative initiatives that will enhance SPIA’s footprint globally," she said, noting that she has led similar efforts as director of the Bobst Center.

In addition to her work at the Bobst Center and Department of Politics, Jamal has collaborated with departments across campus and served on many University committees. She is a member of the Institutional Review Board and has served on executive committees for the Center for the Study of Religion, Center for the Study of Democratic Politics, Center for Migration and Development, James Madison Program in American Ideals and Institutions, Near Eastern Studies undergraduate certificate program, Princeton Institute for International and Regional Studies (PIIRS) and Program in Latino Studies. She also was a faculty adviser in Forbes College and is currently a faculty fellow for the women’s golf team.

Outside of Princeton, she is the principal investigator of the Arab Barometer, a nonpartisan research network that measures public opinion through polling in North Africa and the Middle East.

Jamal is an award-winning author and has published numerous journal articles and scholarly papers. Her books include "Of Empires and Citizens: Pro-American Democracy or No Democracy at All" and "Barriers to Democracy: The Other Side of Social Capital in Palestine and the Arab World." Before coming to Princeton in 2003, Jamal was an assistant professor of political science at Columbia University.

Jamal succeeds Cecilia Rouse as dean of SPIA. Rouse is now chair of the White House Council of Economic Advisers.