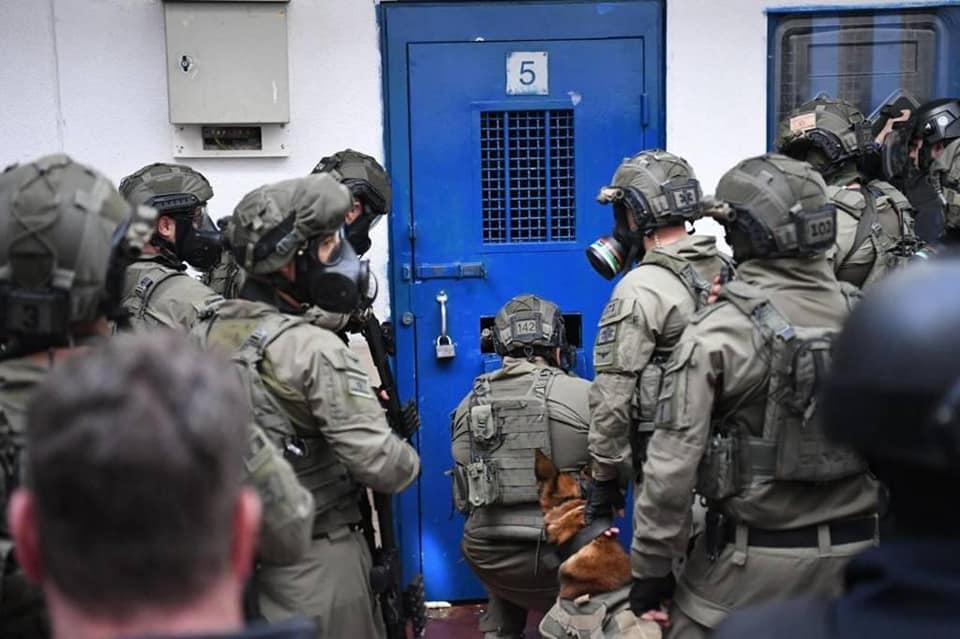 The Commission of Detainees and Ex-Detainees' Affairs and the Palestinian Prisoner’s Society (PPS) reported that the IPS stormed Section 7 in the Megiddo Prison, and carried out a massive violent operation, during which they fired rubber-coated metal bullets at the prisoners, sprayed them with teargas, and physically assaulted them before transferring a number of them to solitary confinement cells.

The Commission and the PPS confirmed that, according to the testimony of the families of the prisoners who were able to visit them today, the signs of the barbaric assault they were subjected to were clear in them.

The authority explained that the IPS has transferred the general director of Fatah prisoners, Ezz El-Din Al-Attar, to solitary confinement.

The PPS confirmed that this operation was the most violent in 10 years, as the IPS escalated the process of repression and incursions, which constitute the most prominent systematic abusive methods it uses with the aim of imposing more control over the prisoners and torturing them.