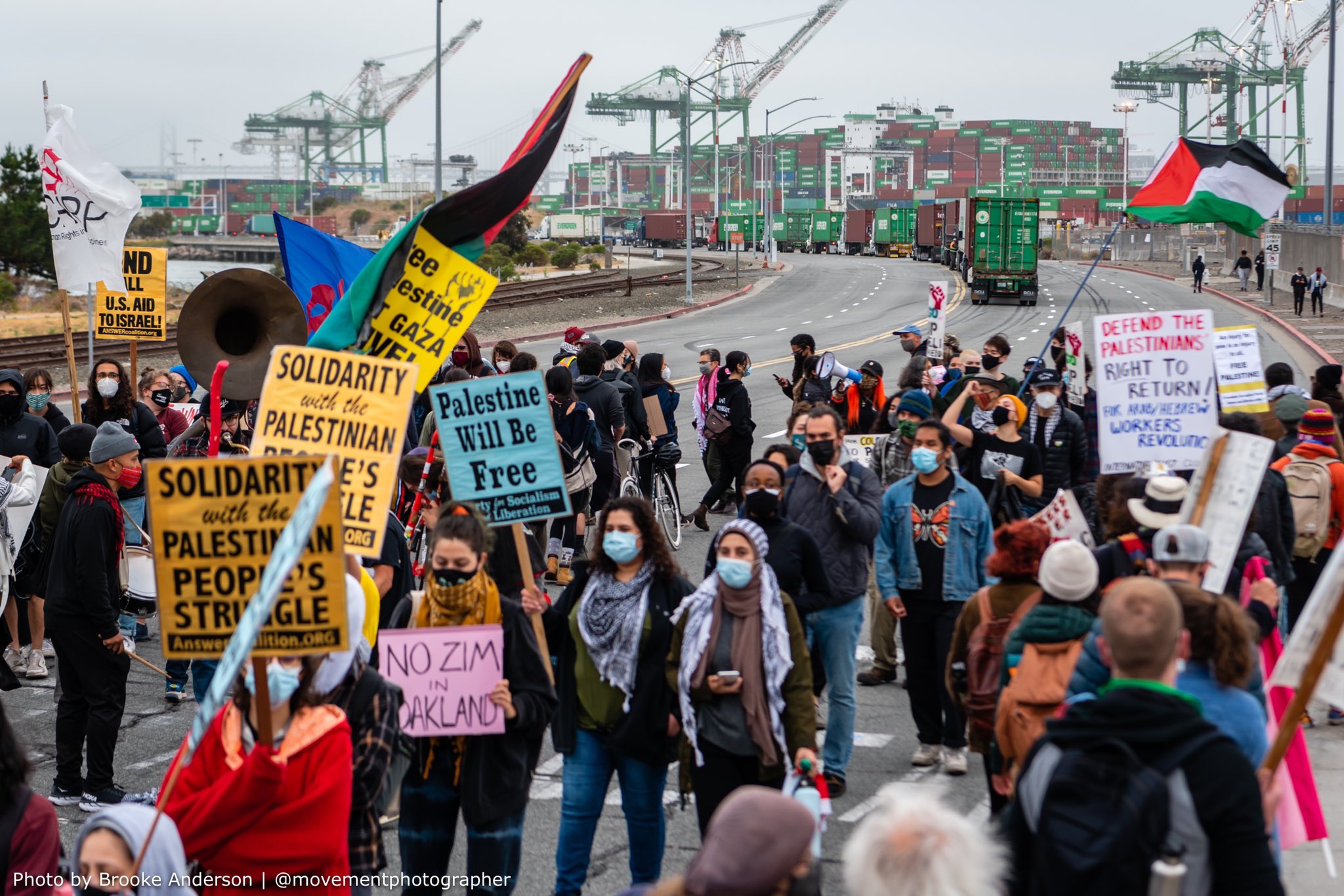 CALIFORNIA, Saturday, June 5, 2021 (WAFA) – Hundreds of pro-Palestine protesters marched in front of the port of Oakland in California yesterday and wanted to block the delivery of Israeli ship cargo, in a show of the solidarity with the Palestinian people in the aftermath of the Israeli aggression on Gaza.

Approximately 1,000 protesters spread out across six gates at Berth 30 near the Middle Harbor Shoreline Park in the 2700 block of Middle Harbor Road. The demonstrators chanted, “Back up! Back up! We want Freedom, Freedom!  All these Zionist attacks, we don’t need ’em, need ’em.”

The protesters also held banners and waved Palestinian flags in support of the movement to impose an economic boycott of Israel following the 11-day Israeli aggression on Gaza.

The ship is an Israeli ZIM operated cargo ship carrying a mixture of products from Asia.

“Our goal today is to show the city of Oakland that we do not want them to do business with and allow Israeli apartheid money to come into our city,” group spokesman Wassim Hage told reporters. “It’s part of an international picket movement at port cities around the world that will be going on over the next couple of weeks.”

A number of truck drivers also blared their horns in support of the gathering, with participants calling for an economic boycott of Israel over its aggression.

Protest organizers said more protesters were on hand and “growing by the minute,” according to a statement from the Arab Resource and Organizing Center. The group posted a photograph of a crowd outside the fence surrounding the Trapac Terminal berth.