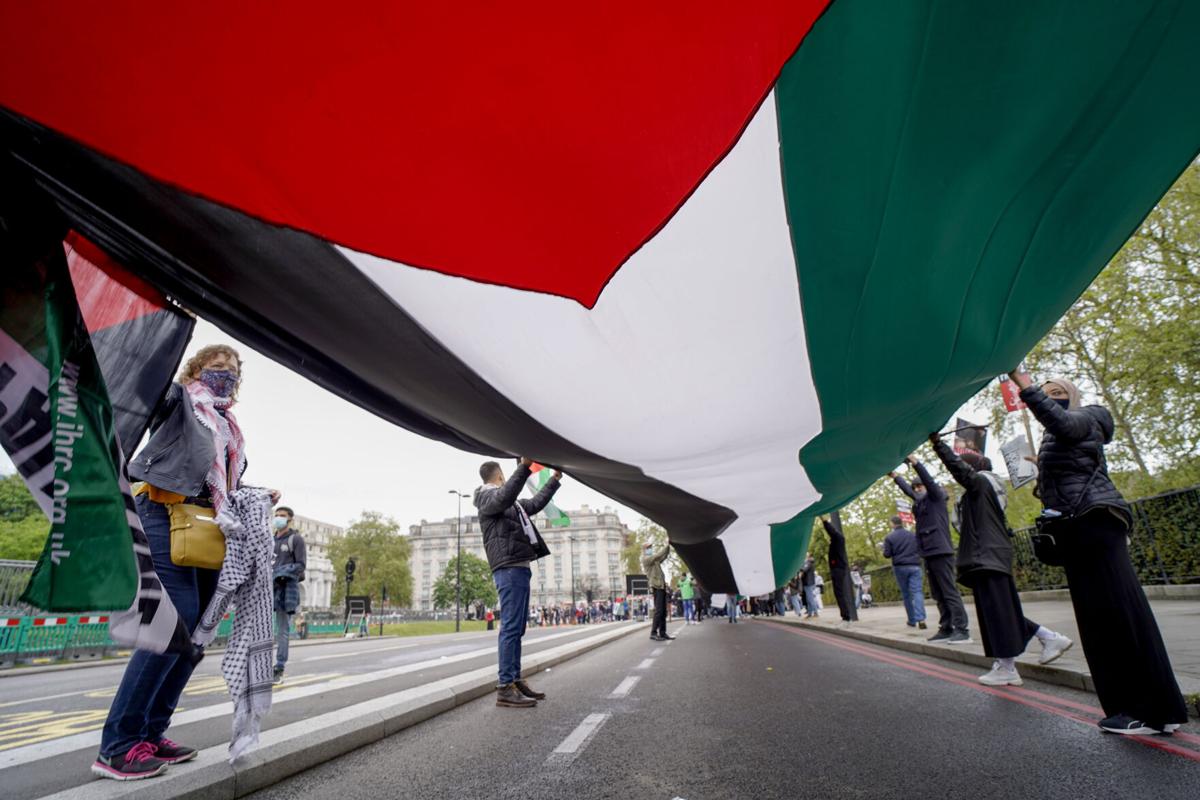 In a letter addressed to teachers and school leaders in the UK, the Islamic Human Rights Commission (IHRC) called them to support free conversations and debates among UK students and to stop intimidating them.

“There have been many complaints from parents that their children have been reprimanded at school after making simple comments about Palestine, saying ‘Free Palestine’, wearing a Free Palestine badge or displaying a Palestinian flag. Some teachers have openly warned that such slogans could incite violence, as grounds for their suppression. There have been numerous media and social media reports of such cases across the UK. This suppression responds to pressures from the government and/or pro-Israel organisations,” IHRC said in the statement.

I warned that the suppression of free debate on Palestine jeopardizes the values of free expression and democratic rights.

“We call on all teachers and headteachers to resist such pressure for suppressing free speech on Israel/Palestine. This suppression jeopardises the educational values of independent thinking, free expression and democratic principles. Children’s right to freedom of expression is protected under Article 13 of the United Nations Convention on the Rights of the Child (UNCRC). The UK government has stated that existing laws already give effect to the rights stated in the UNCRC. The right to freedom of expression is enshrined in the Human Rights Act 1998 (HRA). Under UK law, children have the same fundamental right to freedom of expression as adults, this right is protected under Article 10 of the HRA. Schools have a duty to foster free speech and universal human rights, as proclaimed in the UN Charter. To deny such rights undermines everyone’s democratic rights. The responsibility of educating the next generation should be protected from such censorship.”

It warned that “such pressure on schools and teachers also aims to sow division between the UK’s Jews and Muslims. This effort deploys the untrue claim that all Jews are Zionist and support Israel. Our colleagues represent several Jewish organisations who support Palestinian rights and oppose Israeli atrocities and war crimes. Likewise, they include many people of Christian, Jewish, Muslim faith and people of no faith.”

It also condemned “the equation of antisemitism with anti-Israel statements,” as it stressed that “Every state should be open to criticism, especially one involved in crimes against humanity. Such crimes are currently under investigation by the International Criminal Court and have been frequently condemned by the UN General Assembly. To deny free speech on such issues delimits civic action against such crimes and for human rights.”

It said that while the UK Secretary of State for Education, Gavin Williamson, has sent headteachers a letter that schools should not ‘present materials in a politically biased or one-sided way’, he “promoted pro-Israel organisations such as Solutions Not Sides, Community Security Trust (CST) and Forum for Discussion of Israel & Palestine (FODIP). Their bias contradicts the principles of neutral and inclusive education. This is unacceptable to us and to parents concerned about pro-Israeli bias in the school system.”

It expressed readiness to “provide means for school students to frame anti-Israel sentiment in a positive anti-racist way, avoiding any conflict between religions.”

The IHRC statement came days after schoolchildren in the UK were punished for their pro-Palestine activism on school premises, with some being disciplined for wearing keffiyehs and holding Palestine flags.

The pupils, including some attending schools in Birmingham, Leeds, Manchester, Rochdale and different areas of London, said that they were threatened with detention, expulsion and being blocked from taking their exams if they continued protesting for Palestinian rights on school premises.