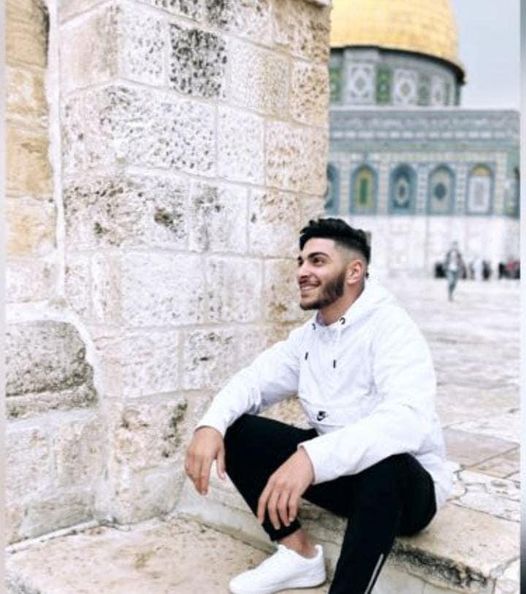 Mahmoud Obeid at Al-Aqsa Mosque before he was banned from entering for 90 days.

Obeid was detained at his home last month during a raid by the Israeli forces during which they ransacked the house and damaged its walls.