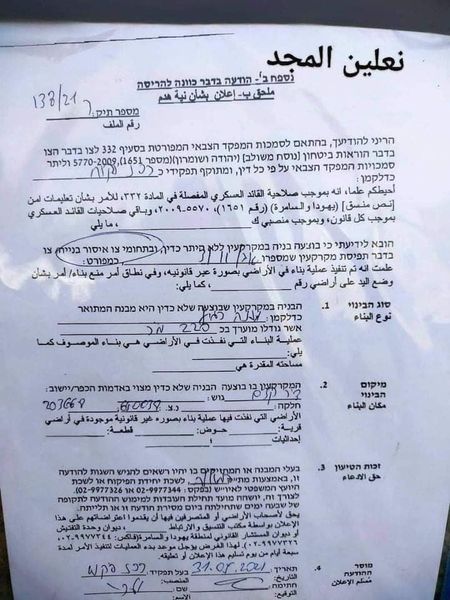 Israeli demolition orders in the village of Ni'lin.

RAMALLAH, Monday, May 31, 2021 (WAFA) – The Israeli occupation authorities today issued demolition orders against 10 houses in the villages of Ni’lin and Deir Qaddis, to the west of the occupied West Bank city of Ramallah, despite the fact that the homeowners possess legal building permits, according to a local official.

Emad Khawaja, head of the Ni’lin village council, told WAFA that the owners of the houses threatened with demolition hold legal Palestinian building permits since the land they are building on is under the civil jurisdiction of the Palestinian Authority.

However, he added, Israel claims that the houses are built near the fence that separates their land from illegal Israeli settlements.